PS4 or XBOX One – Why Not Both With the PlayBox

Deciding which expensive game console to buy is hard, but it doesn't have to be anymore. Engineers have created the PlayBOX, a combination of Playstation 4 and XBOX one into a singular console with a screen. It was first devised by console modder Edward Zarick and posted to YouTube, but popular demand has brought it to life. Now you can seamlessly switch between one console and another.

The PlayBOX is currently for sale, but it isn't going to save you anything when buying consoles. Zarick charges a base price of $1,995, for the custom made console and screen setup. This makes it very clear that this combo game system is only for the very serious gamer.

"The Screen is a beautiful 24″ Vizio 1080p LED LCD Smart Monitor. The games look much better on this screen compared to my other systems. It has a glossy finish and is really bright and vivid. The LCD itself has its own wifi to allow you to watch Netflix, Amazon ext without having to power up the PS4 or XBOX." ~ Zarick 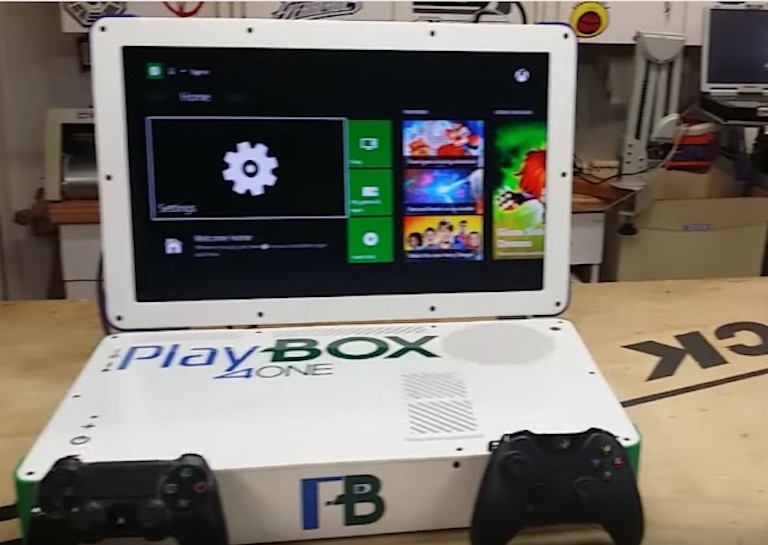 This unique device is like nothing else on the market and even though it is custom made, the quality extends to something you would buy off of the shelf. The creators boost that you can simply play PS4 while your XBOX updates, which is certainly a perk. Still, though, it is hard to justify spending $2,000 on a custom machine when you can buy the consoles alone for much cheaper.

SEE ALSO: How do Graphics Cards Optimize Your Video Games?