The smartest people are often perceived as worse leaders despite being objectively better.

Have you ever had a really terrible job? Odds are unless you were working in a coal mine or the DMV, the main reason that job sucked was that you had a horrible boss.

A manager’s ability to lead effectively has been shown to affect job satisfaction more than any other single factor. The worst thing that can happen at a workplace is to be stuck with a dumb team leader, but why does it occur in the first place, let alone so frequently? 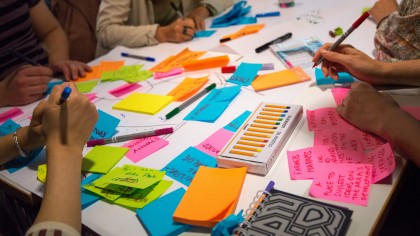 We know intuitively that smart people make better leaders as multiple scientific studies have verified. Groups with smarter leaders simply perform better. However, when delving into how those leaders are perceived by their followers, the relationship between intelligence and leadership becomes more nuanced.

It turns out that especially smart leaders will actually be perceived by the people under them as less effective, even if they are actually being MORE effective. This holds true across business and politics that objectively worse leaders can so regularly get promoted or elected ahead of their more qualified peers.  But let’s not get political here, this is about SCIENCE!

The new research was carried out by a team from the University of Lausanne and looked at almost 400 business leaders in 30 different countries working across a variety of different fields and industries. These managers were then given IQ tests (and before you comment about how outdated and ineffective these tests, they  still give a robust measurement of relative intelligence within groups).

Finally, each was rated on leadership style and effectiveness by at least eight of the co-workers they managed to assess an average rating.

Perhaps unsurprisingly, leaders with somewhat lower than average IQ’s were not perceived well, but at the same time, leaders with IQ’s over about 120 were also more often than not perceived as being ineffective. And the higher the IQ, the more likely they were to be viewed this way, even when controlling for other factors like gender and salary disparities.

An optimal IQ for leaders

Further study of the data led the scientists to discover that there was an optimal level of leader intelligence that was based strongly on their individual circumstances. If the manager was too far above or below this level it would have a pronounced negative impact on their perceived ability to lead.

Ultimately, the optimal intelligence for a given leader was based on the GAP between their IQ’s and those of their followers. When that gap exceeded just 18 points, the followers began to see leaders negatively. So for a group of followers of average intelligence (i.e. with IQ of about 100), the optimal IQ for leader intelligence is about 118. That’s enough to be considered ‘highly intelligent’, but a long way from “superior intelligence” (an IQ of 130 – 145) or being “supremely gifted” (an IQ above 145).

However, it also meant that a leader with an IQ of just 82 would (in this scenario) be viewed just as positively at the leader with the 118 IQ, despite being statistically worse at the job. Thus we begin to realize the issue we face in the real world.

Some of this can be explained away by noting that some leadership roles call for technical skills while others call for more social skills depending on the job and work culture. However, that still leaves much to be accounted for.

Selection and advancement to senior levels partly depend on the perceptions of subordinates and peers, that will count against those individuals with ‘above-optimal’ IQs who objectively might perform better.

As it turns out, the existence of this phenomena may have less to do with an ingrained bias against “nerds” and more to do with our basic ability to understand them.

Especially smart leaders biggest issue is running up against a so-called “Comprehension Gap” where their less intelligent subordinates struggle to follow their ideas or simply find the way in which they communicate to be too complex. This presents a pretty serious problem for high-IQ leaders.

Trying to appear less smart is rarely a practical option, and purposefully dumbing down one’s discourse is more likely to just be seen as transparently manipulative.

However, it is important to remind ourselves that this research was all about the perceptions of leadership and not the objective measures of their outcomes. As such environments where leadership is mostly task-focused should be havens for the ultra-smart, as their effectiveness is then undeniable.

And of course, since the “optimal intelligence” will be different in any given field, if the group being led is very smart in their own right – i.e. a team of researchers or engineers – then the leader can, and really MUST, have a relatively high IQ.

More research is certainly needed into the effect of this psychological perception within individual industries.

One interesting exception to this rule that the researchers did stumble upon though was at the CEO level. The IQ-leadership relation is positive across the board for CEOs, though there is a diminishing return with increasing levels of IQ. In any case, even a CEO so smart they were incomprehensible to the average worker was still seen as an effective leader.

This perspective might also explain why CEOs tend to be very smart individuals who are overrepresented in the top 1% of intelligence. Although this could also be skewed by the explosion of tech-startups in recent years, all run by founders at the very top of the IQ scale and success is much more dependent on making money than anything else.

What's a genius to do?

At the end of the day, dear reader, I don’t want you to fret. Life is still pretty good for the exceptionally intelligent. And as long as you consider employees beneath you and consider their socio-emotional needs as you move up the ladder in your career you will likely be able to mitigate this effect.

And the best way to avoid the alienating comprehension gap, according to the study’s lead author, John Antonakis, is to simply use one’s intelligence to construct creative metaphors that can persuade and inspire your employees. Because, as Dr. Antonakis says, “I think the only way a smart person can signal their intelligence appropriately and still connect with the people is to speak in charismatic ways.”

That’s it! The secret is simply ‘have charisma.’ Perhaps easier said than done, but hey, it’s a start in the right direction for building a better future by learning how to combat erroneous perceptions and get the smartest, best-qualified people into leadership positions.

Now if only these scientists could tell us how to get dumb people out of leadership. Again, you know… for science!

The new research was published in the Journal of Applied Psychology.