Puerto Rico initially had a $300 million contract with a small Montana-based electric company to rebuild the island's infrastructure. That deal is now off the table amidst growing controversy.

Over the weekend, Puerto Rican officials canceled a power contract with Whitefish Energy. The contract, worth $300 million, was shrouded in controversy. Those unanswered questions led Puerto Rico to look elsewhere.

"As a result of the information that has been revealed and the need to protect the public interest, as governor I am asking the power authority to cancel the Whitefish contract immediately," said the territory's governor Ricardo Rosselló.

As the Washington Post reported, Whitefish Energy only had two employees to its name when Hurricane Maria hit 39 days ago. The fact that a small company from Montana would win a contract to fix the island over 3,100 miles away also drew attention from U.S. government officials. The Federal Emergency Management Agency (FEMA) also questioned whether $300 million for the work would've been reasonable.

Whitefish expressed its disappointment in a statement. The company explained that they were picked due to the easy scalability of their structure. They noted that refusing the contract only meant the citizens of Puerto Rico would go without power even longer. 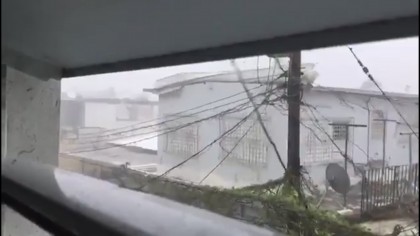 "The original decision by PREPA to have Whitefish Energy come to the Puerto Rico only sped up the repairs, and if it were not for that action, crews would just now be getting to the island to begin the process of rebuilding the system and restoring power," Whitefish’s statement said.

Several government officials quickly noted that Whitefish had ties to major leaders. The company comes from the same hometown as Secretary of the Interior Ryan Zinke. The CEO of Whitefish Andrew Techmanski also knows the secretary. Another connecting point is that an investment firm with a major stake in the company was also a massive donor to President Donald Trump's campaign.

In an interview with NBC, Techmanski said the connections aren't the reason he took the contract. He also now says that the company had between 20 to 40 employees working on contracts throughout the American West.

"We're here doing actual work," Techmanski said. "We're under a contract and we came in good faith, and I think we're making an impact."

However, the contract rates were significantly higher than what FEMA officials expected. As NBC reported,  labor costs were listed at $240 an hour for a general foreman and $227 for a lineman. The contract also included nearly $80 each day for meals. Over $330 each day were included for hotels and accommodations.

"Some of the costs that they showed us, we felt we needed to have a harder look," said Mike Byrne. Byrne serves as FEMA's chief coordinator for the Puerto Rico relief efforts. "We're going to give them a chance to make the case as to why those are higher than what we would've thought we'd see and if it's legitimate, then we'll accept it. If it's not legitimate, then we're going to end up telling them what we will be willing to pay."

This ongoing story will certainly have more coming within the following days. For now, it looks like those philanthropic groups and tech businesses like Tesla and its Powerwall project will continue to help the island of Puerto Rico get back on its feet.