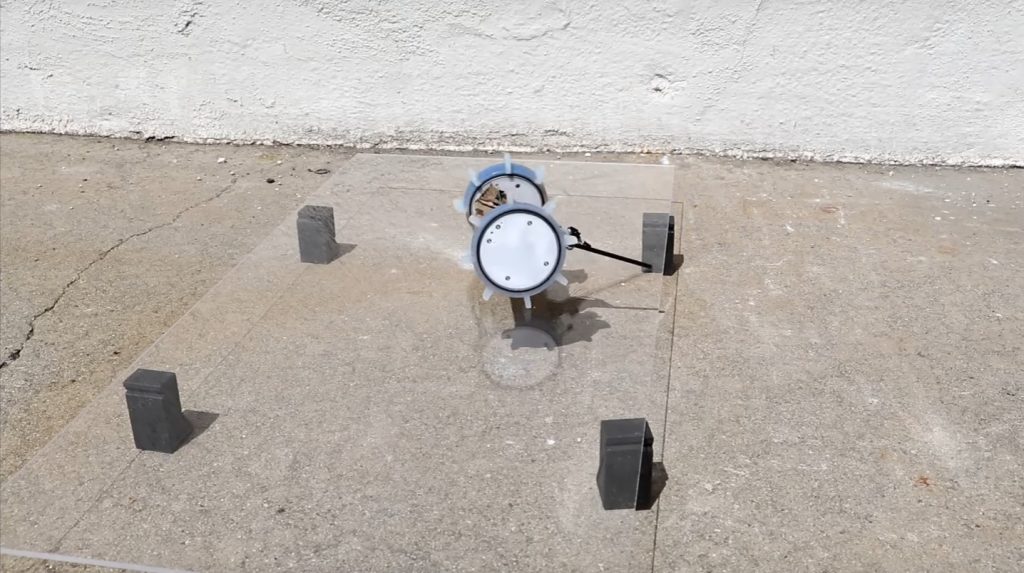 PUFFER is small in size and exceptionally light. Its origami abilities allow it to fold into the size of a smartphone. It is also flexible which makes it the perfect candidate for exploring extreme landscapes in the solar system.

The robot's lightweight and collapsible body enables it to fold into a very small volume. Once folded, the little robot can be on-boarded onto a "parent" spacecraft such as a larger Mars rover or a Europa lander. The parent spacecraft would be able to carry a large number of robots which would be stacked away in a small enclosure.

“When the parent spacecraft finds an exciting region for exploration, it simply ejects one or more PUFFERs", the team wrote in a 2016 fact sheet. The little robots simply "pop-up" and unfold themselves. They then "go on to explore the target of interest,” and return data to the parent which is relayed back to earth.

“A larger parent rover could use a collection of PUFFERs to explore extreme terrains that are easier to access with a small, low-cost “child” rover,” says the team.

The little robot was designed for extreme terrains which include caves and lava tubes on Mars or icy “chaos terrains” on the surface of Europa. These types of terrains are very challenging and may be easier to overcome with several small, low-cost notional PUFFERs.

The little robot was designed as a collaborative project which involved NASA’s Jet Propulsion Laboratory, UC Berkeley, and Distant Focus Corporation in Champaign, Illinois. The project has lasted 18 months however, it is still in the development phase.

The team of developers have already initiated the PUFFER's testing phase. The prototypes were tested on pseudo Martian terrain. The results, released by the space agency, revealed that the little robots can survive falls from as high as 3 meters under simulated Martian gravity. It is also able to withstand scale rocky inclines at slopes of up to 45 degrees, as seen in the video below.

Watch how the PUFFER adjusts its orientation in order to maneuver itself around obstacles.

The PUFFER's team hopes to conduct further tests on these little creatures. These tests will be conducted in the Mojave Desert which will be a practice run for Mars.