An Italian company named Caviar believes in Nokia's updated take on its classic 3310 cell phone. They believe in it so much that they're selling 3310 models - complete with a portrait of Vladimir Putin in gold. 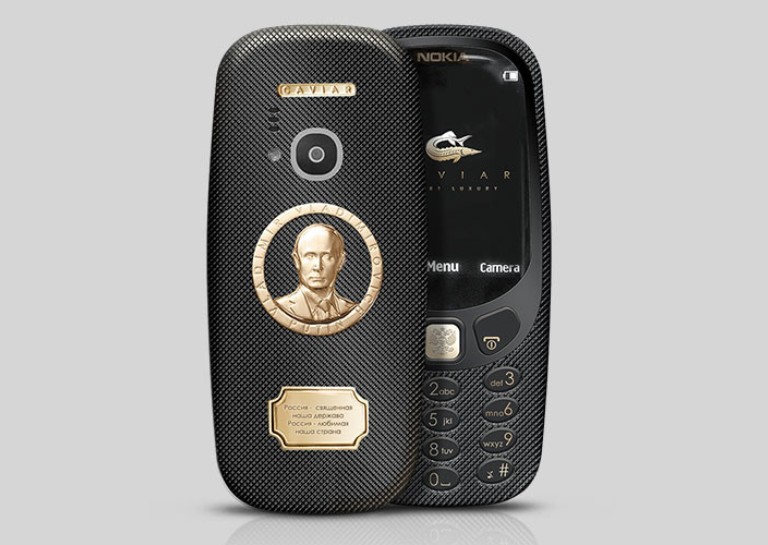 “The return of the cult Nokia phone couldn’t have gone unnoticed, so Caviar designers immediately created their version of the 3310, adding gold, luxury, style, and true Russian character to it,” one description reads.

The company heavily targets the Russian market. It is said that they will start selling both the Putin version and the titanium version of the 3310 in the second quarter of the year. Caviar's sales pitch of the 3310 sounds a lot like Nokia's. While a lack of internet connection might dissuade some buyers, Caviar says a lack of internet makes life more positive on the whole. 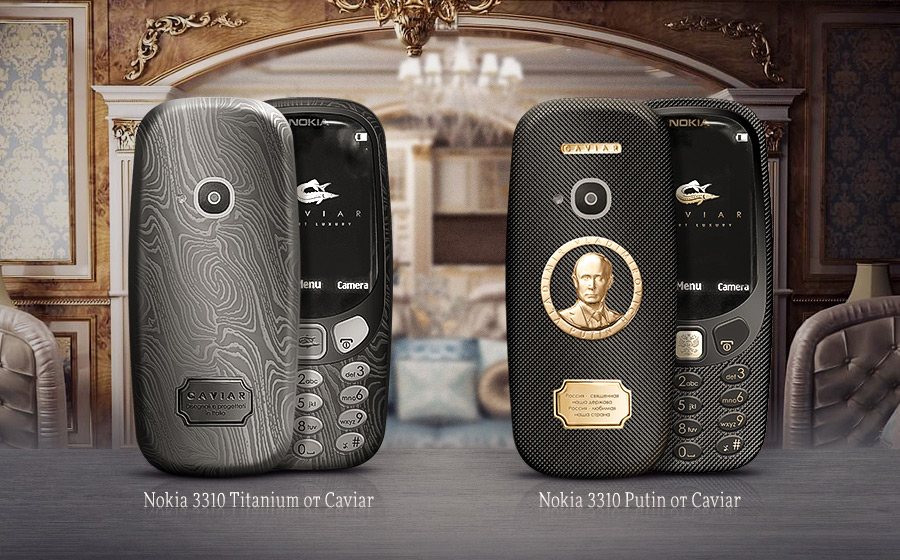 This isn't the first time Putin's likeness has made its way onto phones. Caviar also emblazoned the iPhone 7 with the Russian leader. (You can find the numerous options of Putin-themed iPhone covers under the website's Supremo section.)

Interested in a world leader other than Putin? Don't worry, Caviar has that taken care of as well. They made a new model of iPhone 7 cases to celebrate Donald Trump's win as president of the United States. Thus far, Trump and Putin are the only two world leaders marked in the Supremo series. The company said the phone comes as a celebration of Trump's support for Russian ideals and hopeful talk of a better relationship between the two countries.

And, in honor of International Women's Day, Caviar debuted a women's cover. This iPhone came largely inspired by Natalia Poklonskaya - Deputy of the State Duma and former Prosecutor General of Crimea.

Interested in buying one of these elaborately sculpted phones? You'll have to submit your name and contact information on the website to be put on a preorder list. No exact dates of release have been given.

SEE ALSO: The New Nokia 3310 is Officially Back!