QuadrigaCX CEO Brought to Hospital in "Critical Condition" Before His Death

The Indian hospital where QuadrigaCX CEO died has released more information about his death.

The private hospital in India where Gerald Cotten, CEO of Canadian cryptocurrency exchange QuadrigaCX died on December 9 last year, more details have been released about his sudden death. The statement from Fortis Escorts shared by Coindesk details how Cotten arrived in the hospital and how he died.

According to the statement, the CEO was brought to the hospital in a “critical condition” related to his “pre-existing Crohn’s disease”. During admission, Cotten was diagnosed with septic shock and other possibly life-threatening issues. The statement then explains how Cotten died:

“Despite the best efforts of our clinicians the patient could not be revived and was declared dead approximately at 7:26 pm. All standard medical procedures and guidelines were followed to treat the patient. The information of his death was communicated to the relevant authorities," it continues.

Cotten’s death has caused international news after it was revealed the QuadrigaCX exchange owes millions to its customers. The CEO apparently died without leaving any way for staff to access the computer where the funds are stored. 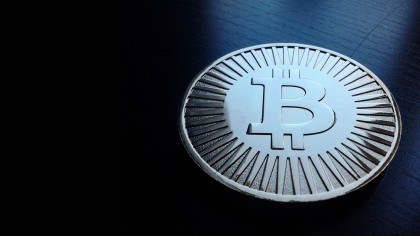 Cotten's widow, Jennifer Robertson, filed an affidavit on January 31 confirming that the exchange owes its customers roughly 250 million CAD (US $190 million) in both cryptocurrency and fiat.

The exchange has since applied for creditor protection in the court. Earlier this week a Supreme Court Judge granted the application, giving the QuadrigaCX exchange a 30-day stay of proceedings to try and recover any cryptocurrencies, as well as investigate other methods of reimbursing customers.

It seems that Cotten did all of the business operations from an encrypted laptop that none in the firm, including Cotten's wife, had access to.

The exchange has reportedly hired a consultant to try and break the laptop with no success. While the exact timing is unclear, it appears that the professional services firm EY will take over under direction from the court.

This is the first major case where a cryptocurrency exchange has not been able to fulfill its responsibilities due to the death of a senior executive.

The New Chinese Virus is Raising the Issue of Quarantine