The EU antitrust regulators today fined the chipmaker giant Qualcomm with $1.23 billion for allegedly paying Apple to remain exclusive supplier of chips and block others to bid on the contracts.

The regulators have accused the chip manufacturer of violating the antitrust laws by paying billions of dollars to Apple between 2011 and 2016 to ensure no one else bids for supplying the 4G chip that is used in iPhone and iPad. The company warned that it will stop making these payments, if Apple sells another product with a rival's chip.

The announcement came as a part of a press conference held today in Brussels. The EU competition commissioner Margrethe Vestager mentioned in the press statement that “This is illegal under EU antitrust rules and why we have taken today’s decision.” Vestager said that maintaining exclusivity meant no rival will be able to challenge Qualcomm in the chip manufacturing market, even if they have better products.

"Apple was seriously thinking of switching" from Qualcomm to Intel chips "which would have made a big difference to Intel," Vestager told at the press conference. She also mentioned that switching the chips while the deal was in place would have cost Apple a lot of money. This was the reason why Apple started sourcing chips from Intel for iPhone 7 and iPhone 7 Plus, when the agreement ended with Qualcomm in September 2016. 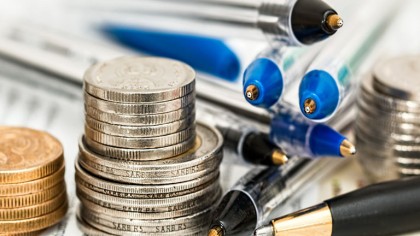 According to EU, the fine represents 4.9 percent of Qualcomm’s revenue in 2017. Vestager said the decision also sends a warning signal to other companies using similar practices. However, she also made it clear that the iPhone-maker was not at fault in this case. Other regulators, including the U.S. Federal Trade Commission, soon followed the suit accusing Qualcomm of forcing Apple to use its chips.

Apple and Qualcomm are already engaged in a legal battle. Apple sued Qualcomm a year ago for $1 billion, citing that Qualcomm didn’t provide fair licensing terms for its technology and wants to pay a lower amount for using its technology. On the contrary, Qualcomm responded by suing Apple for patent infringement and asking ban on iPhone sales, as the headset development would have never been possible without its cellular technologies.

The chipmaker is also under scrutiny in China for paying $1 billion to end an antitrust investigation three years ago. In 2016 too, the company was fined with $850 million by the South Korean Fair Trade Commission for using an “unfair business model” and create a monopoly.

Don Rosenberg, executive vice president and general counsel of Qualcomm, however, said that the company will appeal the case. “We are confident this agreement did not violate EU competition rules or adversely affect market competition or European consumers,” Rosenberg said in a statement provided to TechCrunch. “We have a strong case for judicial review and we will immediately commence that process.”

Following this news, the share prices of Qualcomm fell 2.86% in Frankfurt.

Elon Musk donated over $5 billion to a charity in November