All of those important files you have can now be stored for essentially forever. New developments in the technology of digitally based laser memory made by researchers at Southampton University in the UK have enabled information to be stored for 14 billion years. To put this into perspective, it is estimated that the universe it 12.5 billion years old; the memory will last practically forever.

Using a process similar to laser engraving, seen below, 360 Terabytes of data can now be stored on a quartz disk the size of a small coin. Not only can it store data forever, it is stable up to temperatures of 160°C. 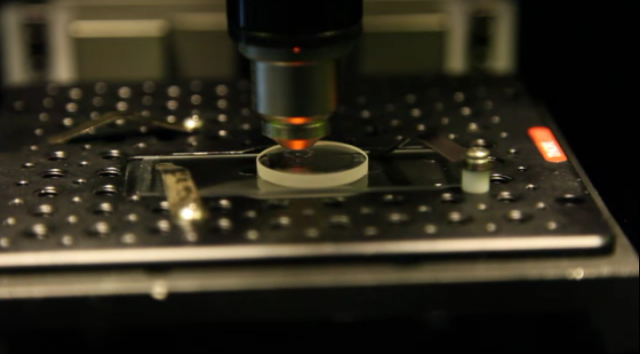 The laser machine utilizes femtosecond pulses to write data to the coin in a 3D configuration. This multi-dimensional storage is being dubbed 5D memory technology. These 5 dimensions are made up of the 3 spacial directions as well as 2 additional dimensions encoded from polarity and intensity of the dot.

Beings distant in the future from now would be able to see the history and technological advancement of the present age. In addition, we no longer have to worry about losing important intellectual data which occurred in the past with the falling of countries and empires. 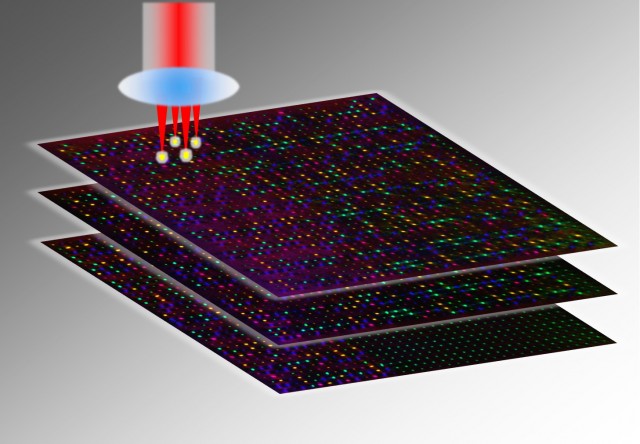 Seen above is a more accurate illustration of how memory would be transcribed onto the different layers of the quartz coin.

“It is thrilling to think that we have created the technology to preserve documents and information and store it in space for future generations” ~ Professor Peter Kazansky, ORC

Excitement about the future possibilities regarding memory storage surrounds this announcement. Technology will no longer be limited by the amount of data that can be fit into certain sized spaces. Not to mention, never having to worry about running out of storage space or losing memory ever again. A video released by the team of researchers of how exactly the memory was transcribed can be seen below.

Information surrounding the projected cost and various production factors have yet to be released by the research team. For now, it's probably not something you will be able to pick up from the electronics store any time soon.

Even with a Ton of Data, AI Can't Predict a Child's Future

This Pen Requires No Ink But Writes Forever