Quidditch One Step Closer to Reality with Hoverball

Harry Potter fans would leap at the chance to play a game of Quidditch and now this dream has come one step closer to a reality with the invention of Hoverball developed by Jun Rekimoto and his team at the University of Tokyo. The invention has merged quadcopter technology with a flexible spherical structure. 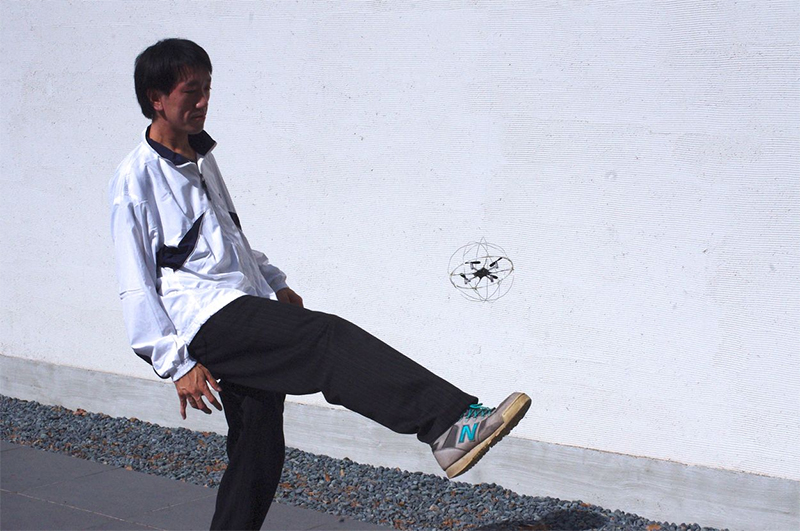 The 90 mm diameter ball can hover for up to 5 minutes, so still not quite ready for everyone to grab their brooms for a game. The ball can of course abide to the normal laws of physics but the built in quadcopter can allow the ball to hang in the air, glide, or even dodge around players.

"With this technology, physical dynamics of a ball can be re-programmed by sports designers, and new ball-playing vocabularies, such as hovering, anti-gravity, proximity, or remote manipulation, can be introduced to extend the way people interact with balls," said Rekimoto.

Apart from cheating a baseball pitch or of course, a rivetting game of Quidditch, we're not sure what much else you good do with such a ball but these days, we are seeing the invention of many new great sports and maybe technology holds the answers to new and exciting games. Rekimoto has envisioned the device allowing those less able or talented in sports to get a chance at competing on the field.

“For instance, the speed of balls could be too fast for small children, senior people, or people with physical disabilities," says Rekimoto. So yeah, maybe we will see slow motion ping pong at retirement homes.

At the moment the ball is remote controlled but the team are working on ways to program the ball to specific flight paths and to give it the ability to detect and dodge.