The Quietest Room in the World: Where Sound Goes to Die 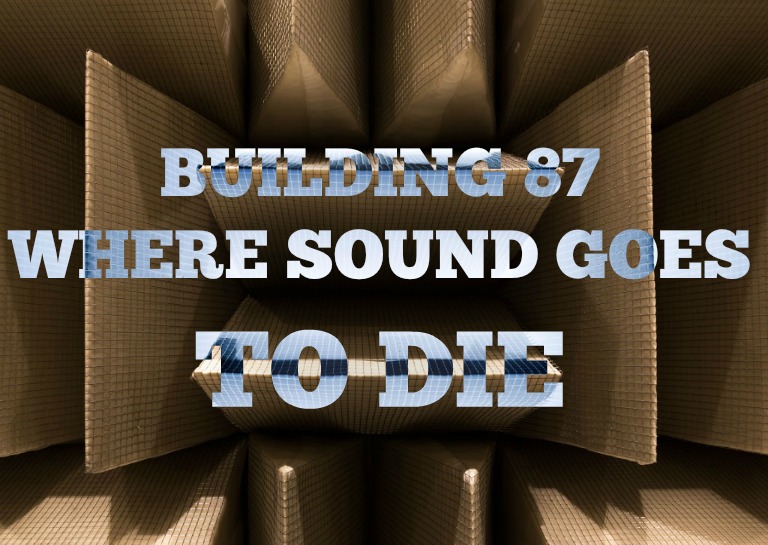 Microsoft currently holds the world record for the quietest place on Earth at -20dBA.

Almost no part of the world is left untouched by sound. In fact, the only place in the universe with absolutely no sound is where there is absolutely no mass- which can only be found in a perfect vacuum. The absolute minimum sound that can be experienced in any atmosphere as theorized by mathematicians is -23dB, or Brownian motion. The only cause of sound at this level is due to the minute vibrations in a gas or liquid. Any quieter requires a near perfect vacuum.

To set the quietest record on Earth requires an anechoic chamber, which essentially and insulated room that attempts to minimize and completely absorb reflections of sound from within.

With the absolute threshold on Earth of -23dBA (decibels A-weighted), Microsoft engineers set out to set the bar high- or low, very, very low. The team was aiming for a minute -16dBA. Astonishingly, Microsoft's anechoic chamber inside building 87  recorded the quietest sound in history of an unbelievable -20.6dBA- many magnitudes lower than anticipated.

With a previous record set just two years before at -13dB, set by the Anechoic Test Chamber at Orfield Laboratories, Microsoft’s record is closer to Brownian motion than it is to any other record.

To achieve such silence, every object in the room and any other connections leading to it must be precisely engineered. Even the smallest wire can cause vibrations that can distort the silence. The entire chamber is designed with sound absorbing wedges that help mitigate the minute amounts of sound that penetrate the thick concrete walls of the building. The whole foundation of the room is isolated from the rest of the building as it sits atop of noise-reduction springs to further dampen any noise contamination. The chamber is specifically designed to test a variety of Microsoft's sound recognition software, such as Cortana. 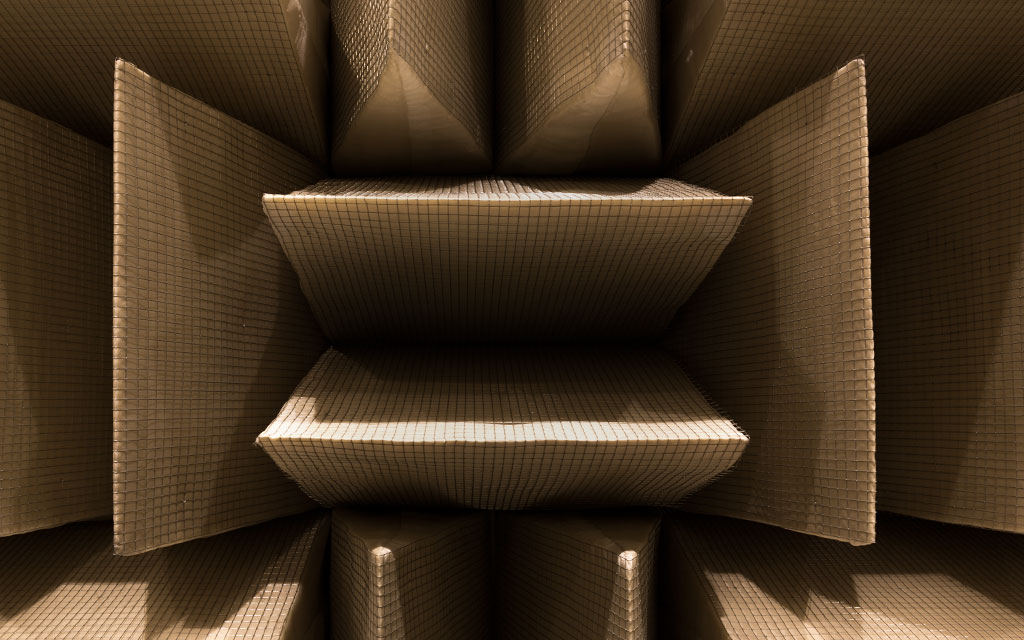 The sound of silence is often quite frightening for people attempting to withstand negative decibels in anechoic chamber. Sound gives a notion of security- that things are functioning as per usual. When sound disappears, it is often a sign of trouble. For example, in a car silence means engine failure (much more scary in a jet), silence at home means power outage, even silence in the woods means a predator is nearby- which is a thing experts listen for as they enter predatory territory.

With a lack of sound that otherwise signals everyday normal life, the human mind goes insane searching for any normality. Almost alien noises are heard from the function of one’s own body, which for some is far too much to experience. The sound of breathing becomes evident, even hearing the sound of blood rushing through veins becomes very apparent- it is eery nonetheless. Most anechoic chamber offering tours limit the time allotted to try and withstand the silence. Often times, people are not allowed to stand inside the chamber for longer than 15 minutes unsupervised for the fear the person may be driven mad and may begin to self-harm.

However, simply explaining the experience cannot give the record much justice.

The loudest noise ever recorded and known to man is the 1883 eruption of Krakatoa in Indonesia. The sonic boom was so loud, sailors ears were ruptured from 40 miles away. The sound circled the Earth three and a half times. In perspective of noises experienced today, here is a list demonstrating how loud the Earth really is- even if you think you found somewhere quiet.

If you are lucky enough to witness a rocket takeoff or saw one of the Saturn rockets take off towards the moon, at 100m you could experience over 170 dB- which you actually wouldn't hear since your eardrums would rupture at 150dB.

Next up, a plane taking off at 25 meters produces 150dB, just enough to render your ears useless (in hindsight, if you are standing within 25m of a jet taking off, you would likely have greater issues to be concerned about, like being blown apart by the exhaust, being hit, or security. Don’t try this at home- you could lose your hearing.

Attending a sports game could see up to 140dB, with normal conversation rounding just 60dB. Rustling leaves make 20db and human breathing clocks in at a minute 10dB.  Considering sound is based on a logarithmic scale,  the quietest room is thousands of times quieter than even a normal conversation. Clearly, attempting to achieve -20dB is an engineering marvel.