New research is now revealing the devastating effects that radiation exposure has on the offspring of armed personnel put at risk during their service.

For many of us--whether we fall on the scientific end of the spectrum or more on the sci-fi end--the word RADIATION may bring to mind images of fallout shelters or rapid response and containment efforts. 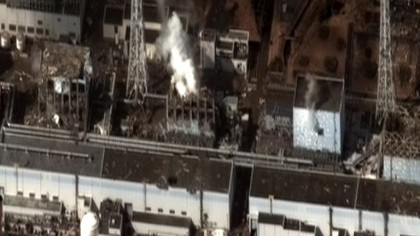 Given the host of dangers, some more well known than others, which it presents, scientific research efforts centered around identifying its hidden sources in commonly used products like cell phones as well as detection methods continue to move forward.

A part of the debates surrounding radiation exposure relates to the extent of damage it can cause not only for those directly exposed but sadly for their offspring as well. To this end, a group of researchers led by a scientist from the University of Bonn designed a pilot study focused on this issue.

Specifically, the team looked at the genetic alterations which took place as a result of radar soldiers experiencing high radiation doses during military service. The dynamic research team included scientists from the University of Bonn, the Netherlands-based Radboud University Nijmegen, the Max Delbrück Centre for Molecular Medicine, and the Charité-Universitätsmedizin Berlin.

Surprising results from the study

Based on the shared goal of "[improving our understanding of the effects of ionizing radiations on the human genome...,one of the main motivations for the Department of Energy of the United States to initiate the Human Genome Project", scientists set out to look for how many instances of multisite de novo mutations (MSDNs) were spotted. MSDNs are any genetic mutations involving a minimum of two adjoining DNA defects occurring within a line featuring 20 base pairs.

The findings showed unusually elevated MSDNs numbers, with the team discovering as many as 12 of the genetic mutations among the 18 offspring which were studied (the total number of radar soldier families was also 12). These numbers far exceeded even the researcher's expectations.

"The results of our pilot study suggest that an accumulation of certain genotype damage by radiation can basically be demonstrated in the next generation," said Prof. Dr. med. Peter Krawitz from the Institute for Genomic Statistics and Bioinformatics at the University Hospital Bonn, and lead author on the study.

Study first author Dr. med. Manuel Holtgrewe of the Core Unit Bioinformatics (CUBI) of the Berlin Institute of Health (BIH) praised the methods used by the scientists: "Through the latest methods of high-throughput sequencing, the complete genomes of parents and their children can now be studied within a short time. This allows us to determine the mutation rates after radiation exposure much more accurately than before."

Although insulation methods for radar systems have improved vastly in only a few short decades, it remains a worthwhile effort to examine the impact of heightened exposure which occurred in the not too distant past. After all, it is the least we owe the brave armed personnel who have risked so much at a grave cost.

Details of the study were shared in a paper, titled "Multisite de novo mutations in human offspring after paternal exposure to ionizing radiation", which was published October 2nd in the Scientific Reports journal.

Via: University of Bonn