Contrary to what would be expected, researchers have found that the presence of water has devastated the microbial species of the Atacama Desert.

Most people would assume that the presence of heavy rains in cracked, dry terrain like desserts would be a positive development. But add in the global threat of climate change, and the picture becomes a little bit different. 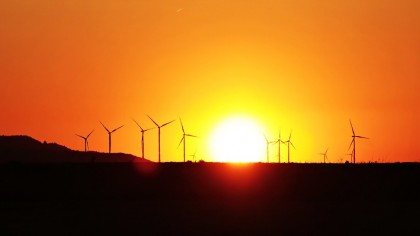 From the rapid growth in toxic algae blooms to the dramatic decrease in the number of certain ancient trees, the telltale signs are everywhere. Now, it seems, the Atacama Desert in Chile, the oldest and driest desert on Earth, may also be affected by these shifts.

In a study released by a team of researchers from Spanish Centro de Astrobiología (CAB, CSIC-INTA) in Madrid has pointed out the surprising effects that unprecedented rainfall--the first in more than 500 years--is having on the local ecosystem.

A Disturbing Set of Results

The rains, which have continued for several months, have resulted in what the researchers describe as "the formation of previously unrecorded hypersaline lagoons", adding that due to the sudden and extreme presence of water in the local ecosystem, the local microbial species have been impacted by the "osmotic shock [that occurs] when water becomes suddenly abundant".

Although it seems counterintuitive, as Armando Azúa-Bustos, a researcher at CAB and first author of the study, explains, it has set up an urgent scenario:

"Our group has discovered that, contrary to what would be intuitively expected, the presence of water has not meant a flourishing of life in the Atacama, but on the contrary, the rains have caused a huge devastation in the present microbial species before rainfall. Our study shows that high rainfall has caused the mass extinction of most indigenous microbial species.

The extinction range reaches 85%, as a result of the osmotic stress caused by the sudden abundance of water. Native microorganisms, perfectly adapted to live under extreme dryness conditions and optimized to extract the low environmental humidity, have been unable to adapt to the sudden flooding, dying under the new water excess conditions."

Are We Headed for the Same Fate as Mars?

The study is also significant because it was carried out by a team of astrobiologists, scientists who look for clues about the formation of the Earth, as well as our neighboring planets. The team argues that a similar scenario took place on Mars, starting with the extinction of certain microbial life: the nitrates found in Atacama Desert, which the microbes feed on, have been in the desert for more than 13 million years, the researchers believe.

"Therefore, the Atacama study suggests that the recurrence of liquid water on Mars may have contributed to the extinction of Martian life, if it ever existed, rather than became an opportunity for the re-flowering of resilient microbiota", explains CSIC-INTA scientist and study co-author Alberto G. Fairén.

If true, this would mean that, ironically, if we were to repopulate the planet of Mars one day, we would be seeing an accelerated view of what the Earth could look like in millions of years.

Details about the study appear in a paper, titled "Unprecedented rains decimate surface microbial communities in the hyperarid core of the Atacama Desert", which was published November 12th in the Scientific Reports journal.

AI Has Discovered Nearly 2 Billion Trees in the Sahara Desert