Researchers in Japan have found a deposit of rare-earth minerals

Sixteen million tons. Think about how much that really is for just a second.

That's a whole lot. But what are we talking about exactly? 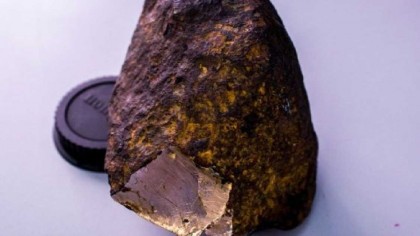 Just off the coast of Japan lay a deposit of rare-earth minerals, which can potentially supply the entire globe for centuries to come. This latest study, published in the Nature journal, details the findings of 16 million tons of these rare minerals, ones that could be used for dozens of things for everyday life.

While these rare minerals might be easy to find in the midst of the Earth's crust, it's not too easy for experts to find. They are usually spread out, so a finding like this latest one in Japan is massive.

Oh, and it's costly, too. Miners only have a few strong extracting areas to find such rare minerals, and they're usually controlled by China.

What Does This Mean?

With China's control of the industry, this means Japan can rely on their own pricing. It could change the entire mineral industry if they play their cards right.

The researchers said Japan can literally "supply these metals on a semi-infinite basis to the world." That's a major game-changer.

As part of their findings, the team found yttrium, dysprosium, europium and terbium. Each of them are estimated to last hundreds of years just from this pile alone.

Evidently, this will be huge for Japan, which began a search to find rare-earth minerals following a dispute with China over a few islands that are disputed territories between the two nations in 2014.

This could also force China to reduce its rare-earth mineral prices, just given the fact that another nation just next to it has found such a large stash of the same product.

According to Science Alert, "Rare-earth minerals can be formed by volcanic activity, but many of the minerals on our planet were formed initially by supernova explosions before Earth came into existence.

"When Earth was formed, the minerals were incorporated into the deepest portions of the planet's mantle, a layer of rock beneath the crust."

But it is unknown what Japan will do with these minerals. Since the extracting price is so expensive, the next phase will be to determinet he cheapest methods to get extract them.

The ball is in Japan's court now, potentially changing the economy of this nation.