A Rare Look at NASA Calculations Before Computers

Back in the heyday of NASA and the space race, electronic calculators had yet to be invented. This meant that everything had to be done by hand, including all of the calculations necessary to send a man to the moon. Due to the magnitude of calculations that needed to be worked out, it warranted massive chalkboards in NASA headquarters where engineers would use ladders to write in the highest of places. Can you imagine working out complex equations that could ultimately cause a rocket to crash while on a ladder writing on a chalkboard? 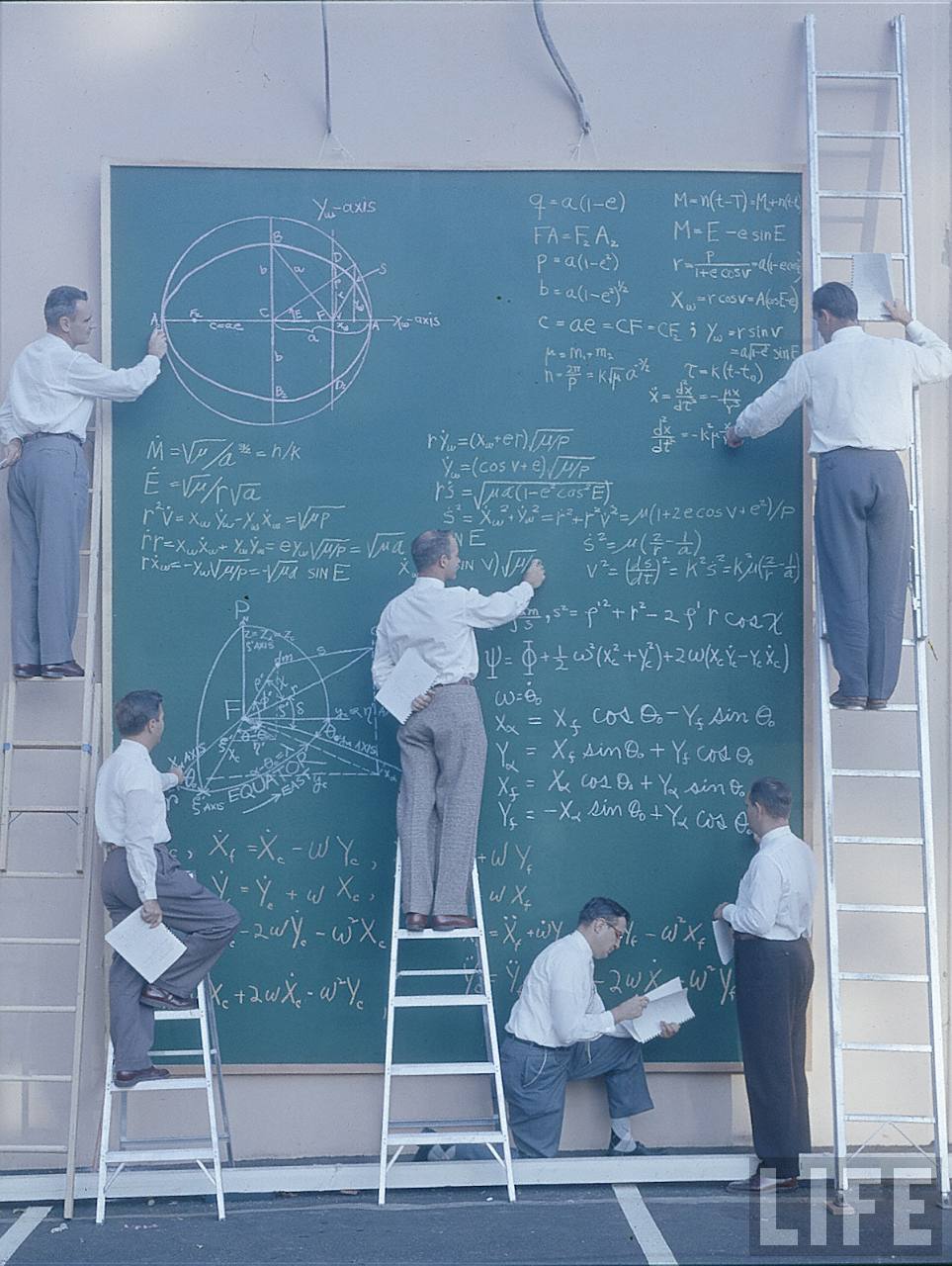 These photos were taken back in 1961, the very same year that NASA sent a man to the moon. While these exact photos were likely staged for LIFE magazine back in the day, they depict the scale necessary to work out such important engineering equations.

After all of the physics were worked out, every line of code needed to control the shuttle was loaded onto a computer with 64 Kbyte of memory and operated at 0.043MHz. That is .000064 GB of storage. Compare that to what your phone has today and you gain a little bit of perspective of just how incredible the moon landing was. 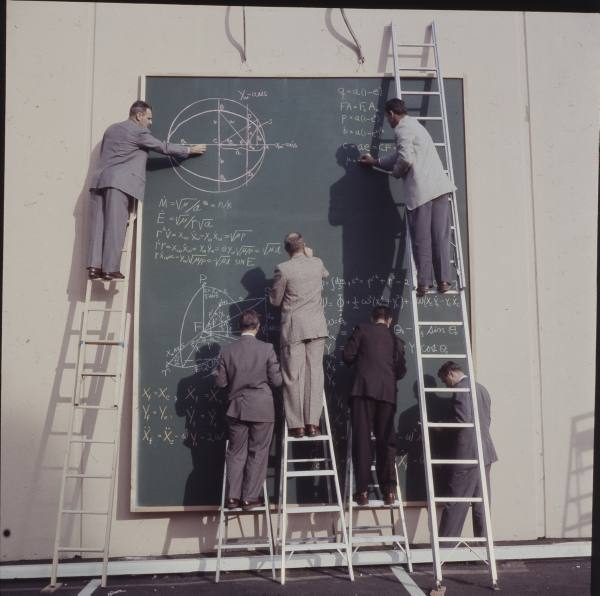 In this instance, modern technology makes these complex calculations go by like a breeze. It is likely that every single thing these engineers were working out on this giant chalkboard could be reduced to a simple computer program nowadays. The world sure has changed.