Pollution is a major concern , see how it is affecting millions of people across the globe and the measures taken for the same.

Pollution is one of the top concerns in most developed cities across the globe. The latest report of the State of Global Air stated that about 95 percent of the Earth’s population is exposed to polluted air.

Polluted air is defined as the air containing fine particle contaminants at a level that exceeds the guidelines of the global air quality. The impact of this polluted air is more on the poor communities.

The study conducted by the HEI (Health Effects Institute) in the US states that the gap between the least polluted and most polluted countries is growing wider every year.

The health of the people gets adversely affected due to the increase in global pollution. As per the reports of HEI, the year 2006 witnessed about 6.1 million deaths around the globe, which is believed to be due to the effects of pollution on the humans. 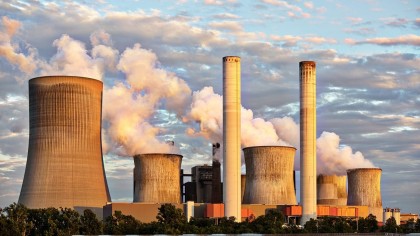 Some of the worst and increasing health issues associated with air-pollution are lung cancer, heart attacks, strokes, and chronic lung diseases. Air pollution has managed to secure 4th place in being a deadly health risk on Earth after high blood pressure, daily diet and smoking.

Air pollution causes a big toll on the life of human beings. The young and old become a daily visitor to the nearby hospital, missing work and school, creating mental stress and finally causing early deaths.

While recording the pollution across different areas, only the outdoor pollution is included. But this time, HEI has included the measurements of indoor air quality as well as their study.

This includes the pollution caused by the use of wood, coal, and dung for heating and cooking purposes at home. As per the records of 2016, indoor pollution has been the cause of about 2.6 million deaths which accounts for almost half of the total figure.

These values are not just mere interpretations and are based on real ground measurements, satellite readings, and other research & data resources. The nations most affected by air pollution are in the Middle East, West Africa, and North Africa.

Burning of solid fuel and scattered mineral dust are the main factors that cause pollution here. The rates of death caused by pollution are increasing in countries like India and China because of the growing population.

The countries which are ranked lowest for air pollution are Canada, Australia, Finland, Sweden, and Iceland. Only 5 percent of the world’s population being able to breathe quality air is a serious and threatening situation.

It is high time that measures be taken around the world to reduce air pollution. These measures must not be limited to large scale industries, but also to small households as well.

China recently shut down 40 percent of its factories temporarily, as an attempt to restrain the rising pollution levels. Similar or more crucial steps must be taken by other countries as well to bring down the pollution levels.