Recreate the StarTrek Holodeck with the Infinadeck

Fans of StarTrek will no doubt have drooled over the Holodeck, which for those who don’t know is a form of entertainment for the crew of the Starship Enterprise. The Holodeck can turn into anything the crew member desires thanks to virtual reality. The surroundings can be transformed into a sunny beach complete with ocean for example, and it’s just like the person is really there. Well soon gamers could have their own version of the Holodeck by way of the Infinadeck. 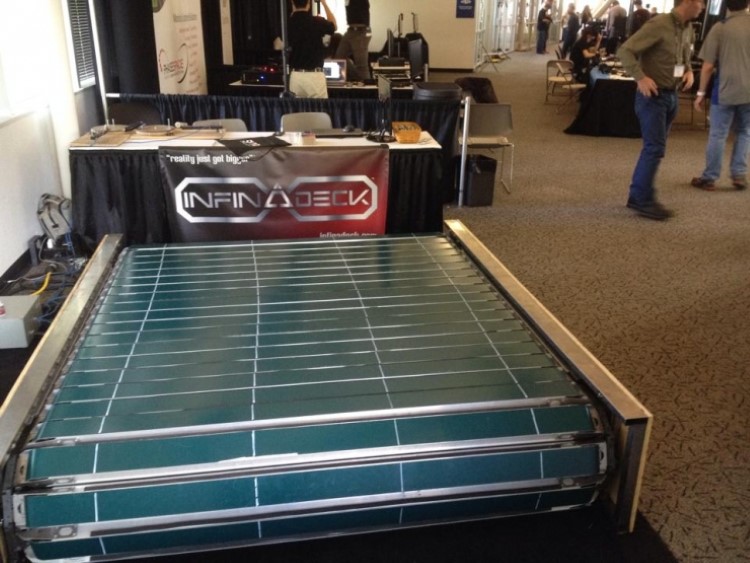 Oculus Rift has brought virtual reality up to speed and its becoming a huge thing in gaming. However virtual reality still has a way to go to catch up with the Holodeck on StarTrek. We have seen many omnidirectional treadmills come out to help gamers get more into their virtual worlds when playing games and the Infinadeck is the latest of the them and it could possibly turn out to the be the best.

What makes the Infinadeck stand out from the others is that you don’t need any special equipment to use it, no shoes or any other type of clothing. The user simply stands on it and then starts to move and they can tour around whatever virtual reality world they want. The Infinadeck offers a big surface, much larger than the competition on the market at the moment. This allows the gamer to take natural and much longer strides than what was possible with the competition. 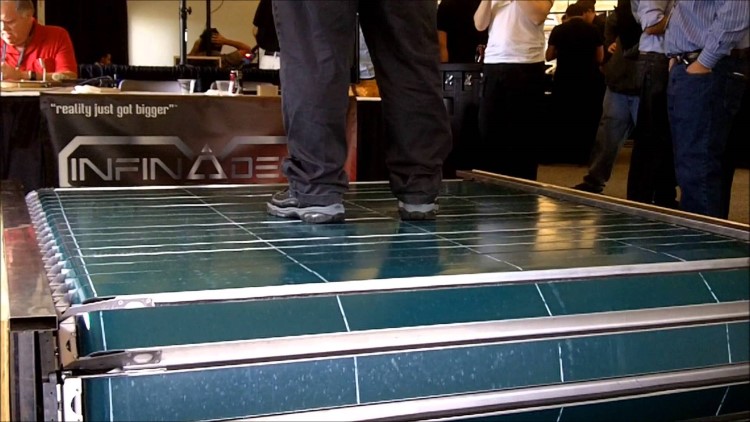 The surface of the Infinadeck moves under the feet, it is not a slick surface eliminating friction. It can actually change the perception of the floor when you are walking. For instance if you are climbing a hill then the floor will feel harder on your legs than if you were just taking a stroll down a country lane. If you are walking down a steep slope, it gives the feeling that you really have to watch your footing.

In the future it would perhaps be nice to have a harness attached to make sure that you stay on your feet. At the moment the Infinadeck is in prototype, however it does look very promising. It hasn’t been said when we can expect the Infinadeck to go on sale, however the guys behind it have said that when it does it will be the first affordable VR treadmill, which does sound promising that you won’t need a bank loan to get your hands on one.