The substance could help extend the battery life in your electric car, laptop, and smart device.

With so much potential promise for future technologies across a wide range of industries, researchers are eager to improve rechargeable lithium metal batteries. With the aim to make them easier to manufacture and lower the overall cost of production, Rice University has discovered a way to monitor and preserve the lithium battery. Their secret? Red phosphorus.

SEE ALSO: A LONG-LASTING SUSTAINABLE BATTERY COULD BE AROUND THE CORNER

Phosphorus by itself is a poisonous and volatile non-metallic chemical element that when exposed to sunlight or heat in its white form creates red phosphorus. However Red phosphorus is the less volatile, less toxic cousin used across industries in products like flame retardant gear, smoke devices, and even in some drugs.

Led by the Rice University chemist James Tour, the research team used red phosphorus as a way to “spy” or keep lithium dendrites in check on the battery. In their test, Tour and his team created a lithium cell with a red coat of phosphorous.

This red phosphorus was used on the separator of the battery that keeps the anode and cathode electrodes apart. As mentioned above, the phosphorus acts as a spy for management systems, monitoring any protrusions or deformities that may cause the lithium battery to fail.

Lithium-ion anodes are used in all the batteries you might find in your phone, in your laptop and, and even in your brand new Tesla car. For the uninitiated, anodes play a crucial role in the operation of a battery making up one of the two electrodes needed for battery operations.

The issue with lithium-infused anodes derives itself from charging. When they are charged, they form dendrites, that when left unchecked can be devastating to the battery, causing a short circuit and possibly an explosion. In short, this is an excellent reason why should probably not leave your phone on the charger overnight. 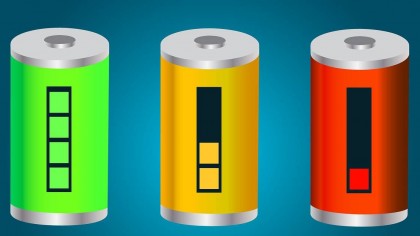 When It Comes to Battery Performance, Sodium May Just Be the New Lithium

However, when using red a Phosphorus-coated separator the battery charging voltage changes, telling the battery to stop charging, preventing any long term or serious damage to the battery.

“By combining the two recent advances, the growth of lithium dendrites can be mitigated, and there is an internal insurance policy that the battery will shut down in the unlikely event that even a single dendrite will start to grow toward the cathode,” says, Tour.

Interestingly, the red phosphorus battery had no effect on the overall performance of the battery. Not only could this help create more long-lasting efficient batteries, but it could help manufacturers also produce safer batteries.