Scientists have developed the prototype of what we believe to be the world's first bendable smartphone, named ReFlex.

Scientists from Queen's University have developed the prototype of what we believe to be the world's first bendable smartphone, named ReFlex. The idea of a bendable smartphone is actually not new. Various high profile companies, such as LG, have been working on making flexible screens. LG has already created a flexible screen and it will be interesting to see what device they decide to use it on.

ReFlex was made in order to revolutionize the way we communicate with a smartphone. For example, bending the ReFlex will make the pages of an eBook flip, making it feel as if you were reading an actual book. And it is not just books, it works on games as well. By bending the screen, you can launch a bird in the 'Angry Birds' for example. What is more interesting is that you can even feel the sensation of flipping the eBook thanks to the systematic vibrations that occur when you do so. 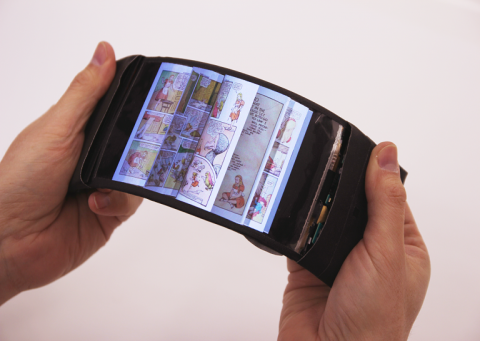 Even the vibrations on the ReFlex have very high flexibility, not just the screen. Voice coils incorporated into the smartphone can produce the tiniest amount of vibrations which increases the ability of the phone to behave like real objects.

“When a user plays the ‘Angry Birds’ game with ReFlex, they bend the screen to stretch the sling shot,” according to Dr. Roel Vertegaal, who is the coordinator of the ReFlex development. Dr. Roel Vertegaal is also the director of the Human Media Lab at Queen's University.

“As the rubber band expands, users experience vibrations that simulate those of a real stretching rubber band. When released, the band snaps, sending a jolt through the phone and sending the bird flying across the screen.” 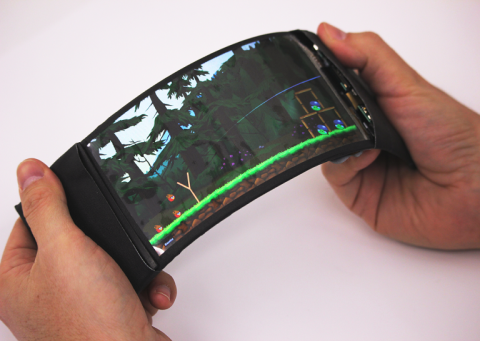 This is certainly very exciting news for a lot of people, most notably the people who do not like it when the screen of their smartphones break. That's right, with this kind of technology, cracked and broken smartphone screens might just become a thing of the past! Although still a prototype, the phone is expected to be ready for the mass market in the next five years.