A new report published by global market consultancy Allied Market Research is revealing a very promising future for the renewables industry with hydro and ocean power leading the way.

There is no doubt that renewable energy is constantly on the rise. From Scottish Power going 100% green to Apple's renewed commitment to investing in clean energy, the news is filled with renewables-friendly announcements. 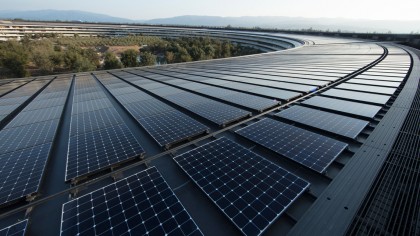 In addition, continued innovations related to the filed are logically only making renewable power source safer, more efficient, more easily accessible and more affordable. What does all this mean for the renewables industry?

Well, according to a new report published by Allied Market Research, titled Renewable Energy Market by Type and End User: Global Opportunity Analysis and Industry Forecast, 2014-2025, it will very likely result in an impressive growth for the entire market.

"Renewable energy is generated from natural processes that are constantly replenished, including sunlight, geothermal heat, water, wind, tides, and various forms of biomass. Many nations across the globe have started using renewable energy for power production, owing to rise in the environmental issues such as climatic changes and depleting ozone layer."

According to the global market research analysts, renewable energy produced by hydro and ocean power alone impressively accounted for more than two-thirds of the 2016 global market share. The sectors are also expected to maintain their dominance till the end of 2025, however, it is solar that is forecasted to grow the most during that period.

In terms of revenue by industry sectors, the solar energy market is expected to grow at the highest CAGR of 13.4% while the commercial segment is projected to do so at 5.7%. Meanwhile, in terms of revenue by geographical distribution, although Asia-Pacific contributed nearly two-fifths of the 2017 total market share, it is Europe which expected to grow at the fastest CAGR of 6.2%.

The region's renewables push is expected to be driven by its many current renewables-friendly government initiatives. Finally, Asia-Pacific is forecast to pull in a 4.8% CAGR rate.

The growing market has been aided by a decline in interest in non-renewable energy sources such as petroleum and coal, seen as increasingly dangerous to environmental safety and overall health. Meanwhile, continuous technology advances and government funding have managed to temper the industry's notoriously high initial infrastructural setup costs.

How Sustainable Is Renewable Energy All Things Considered?