A new study shows that we ‘see’ the actions of others in light of our own expectations.

Ever had the feeling that your mind favors the actions of people who you like and disapproves of those of people you don’t even if they all are doing the same thing? Well, now science sheds new light on why we act that way!

A simple but powerful experiment

University of Plymouth's School of Psychology conducted a study with 85 participants that were asked to watch a series of videos. The videos were very simple to comprehend, simply showing a hand reaching for an object placed at a certain distance.

The videos, however, featured some differences in the form of an obstruction placed between the object and the hand. As such, they provided two potential sequences of motion:

The sequence where the hand can reach for the object without an obstruction: The hand follows a relatively straight path towards the object because there is no obstruction in between the two.

The videos were also made in a specific way that saw them contain only 19 frames where each frame could be edited. The frames could be interchanged to create new videos.

This gave the research team four types of videos.

First video - the hand moves in a straight trajectory to get the object without any obstruction in the middle. (Efficient)

Second video - the hand moves over an obstruction to get the object. (Efficient)

Third video - the hand moves in a straight line but the obstruction is digitally added to the frames, creating an inefficient movement. (Inefficient)

In all the videos, the hand is digitally removed a second before it reaches the obstruction, even in videos where there are no obstructions.

The test subjects were asked to do only one thing in order for the video to keep playing: they had to keep the space bar pressed down on their keyboard. Then when the hand disappeared from the frame, they had to indicate the point on the screen where they had last seen the hand’s index finger. 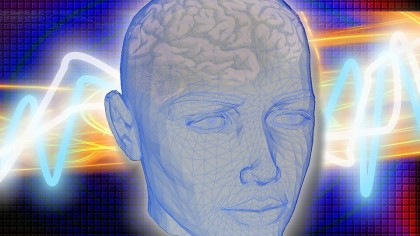 As soon as they registered their input, the next trial would begin. The experiment produced some surprising results:

When the Third video (Inefficient) was shown, the users thought that the index finger was at a higher elevation than it really was and touched the screen accordingly. This indicated that their brain was attempting to turn an inefficient movement into an efficient one.

When the Fourth video (Inefficient) was shown, the users thought that the index finger was at a lower elevation than it really was and touched the screen accordingly. Their brain was once again trying to interpret an inefficient movement as efficient.

"What we have found in this study may be important for various reasons. Firstly, it shows that people make predictions when they see the actions of others. It has been argued for a long while that people constantly make such predictions, and use them to figure out if other people see the same things as we do,” said Matthew Hudson, lead author of the study.

The study reveals how our perception of things depends upon on our expectations. If we want to see an event as efficient, our brain masks the inefficiency, making us see what we want to see! Amazing isn’t it?

The study was published in the journal Proceedings of the Royal Society B.

Ebook, Audio, Or Paper Book? What's Best, According to Science

Circular Economy: What It Is and Why We Need It?

Pleasure and Pain: Is It Really All in Our Minds?