Research Says Kids Will Be BFFs With Robots In the Future

A poll conducted by Engineering UK found that children of today are looking forward to living in a robotic world.

A new survey warns that children of the future will be replacing human friends with bots. It claimed that a fifth of kids between five and 18-years-old say they expect to become friends with a robot in the future.

The survey of 1,246 young people was conducted by Engineering UK ahead of Tomorrow’s Engineers Week in November. It also found that a quarter of youngsters use AI assistants at home while 41 percent already have one on their mobile phone. Some even said that they speak to voice-activated assistants like Amazon’s Alexa or Apple’s Siri like they would to a friend.

"Robots of today are a fascinating preview of how we might be living our lives tomorrow. From companions capable of reading our expressions and remembering previous conversations, to domestic home-helps that can go to the shops for us, it is just a matter of time until we see 'deep learning' technologies being integrated into robotics that will transform their capabilities." Professor Angelo Cangelosi, director of the center for robotics and neural systems at the University of Plymouth told Engineering UK.

However, there is a concern amongst children of today that their current educational system is not preparing them for a future filled with Artificial Intelligence and robotics. A third of those surveyed feel that they are not ready to tackle technology and computers when they’re older.

"What's clear is that almost every job will require a degree of understanding about how robots and AI work, so in that sense, it has never been more important that young people consider engineering in their careers. From fighting diseases and recovering from natural disasters to renewable energy and manufacturing, engineering is a way for young people to pursue their interests,” James Law, senior experimental officer at Sheffield Robotics at the University of Sheffield said to Engineering UK.

Anyone from the Terminator generation has an underlying fear of robotics, over half of British adults are far more concerned about the impact of AI intelligence on their jobs in the future. But the kids of today aren’t that nervous, only 14 percent of 9 – 18-year-olds surveyed were tentative about working with robots in their office when they grow up. A third of the volunteers were actually excited about the prospect.

Regarding gender, young females seemed more concerned about working with robots than the boys with 19 percent of them showing more worry when it came to a Blade Runner-esque future than only nine percent of the young men. 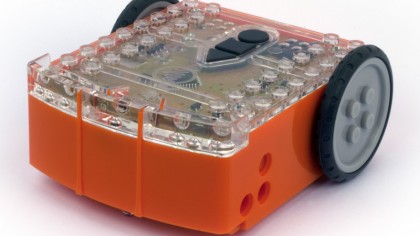 Luckily engineers from many leading UK universities have compiled their top tips for living in a world with AI and robots.

• We can achieve more by working together: Robots and AIs have limitations; they can help us with some tasks, but need our help with others.

• Keep your personal information secure. Robots and AIs can be hacked, just like other computer systems.

• Once in a while, turn the robot off (and the internet/email/surfing) to enjoy a social life with other humans!