The survival rate for the Trepanation procedure was about twice that of the American Civil War.

A recent study published in the journal World Neurosurgery compared Trepanation outcomes/procedures of pre-historic Peru with other cranial surgeries that took place in ancient, medieval and American civil war period.

The study showed that Trepanation was carried out by experts in ancient Peru and the rate of survival was double the survival rate during the American civil war that happened three centuries later.

“There are still many unknowns about the procedure and the individuals on whom trepanation was performed, but the outcomes during the Civil War were dismal compared to Inca times,” said David S. Kushner, lead author, M.D. and clinical professor of rehabilitation and physical medicine at the University of Miami.

The mortality rate of these surgeries during those times in Peru was known to be between 17%-25%. On the contrary, during the American civil war, it was between 46%-56%.

It is a big question how the outcomes of Peruvian surgeons were far better than the surgeons that helped during the time of the American civil war. One of the speculations says that the lack of hygiene during the period of the civil war may have contributed significantly to the high rates of mortality in that period. 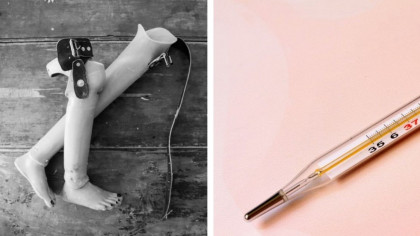 The study also highlighted that the surgeons during the civil war, most often, used medical tools that were unsterilized and also used their naked fingers to touch open cranial wounds. To this, Kushner says, “If there were an opening in the skull they would poke a finger into the wound and feel around, exploring for clots and bone fragments. We do not know how the ancient Peruvians prevented infection, but it seems that they did a good job of it. Neither do we know what they used as anesthesia, but since there were so many (cranial surgeries), they must have used something—possibly coca leaves. Maybe there was something else, maybe a fermented beverage. There are no written records, so we just don’t know.”

When it comes to ancient Peruvian surgeons, they definitely had a lot of practice because as many as 800 skulls from the prehistoric period were found as evidence of Trepanation. These skulls not just had one, but sometimes seven telltale holes.

The study published in World Neurosurgery also shows how Peruvians in the ancient times refined their techniques of Trepanation over centuries. One of the examples is that they learned not to perforate the outer protective membrane that surrounds the brain which is also one of the guidelines that Hippocrates codified around the 5th century B.C. in ancient Greece.

That said, we cannot deny that neurosurgery is at its pinnacle in the present times. Highly expert neurosurgeons cut through brains in order to remove tumors and other types of blood clots with remarkable success and extremely low mortality rates.

Via: University of Miami