The world’s first quantitative study shows that global carbon-footprint from tourism is almost four times more than previous estimates, with flights as a major contributor.

Tourism is a trade that keeps on rising in popularity. We can easily spot why the upward trend is powerful as people love to travel, a lot! The data collected by the United Nations World Tourism Organization (UNWTO) estimated 1.2 billion international arrivals in the year 2016.

Traveling today most often incurs a kind of cost that comes in the form of pollution. Be it from motor vehicles, airplanes, or even ships, the factor of pollution cannot be ruled out.

For a long time, many did not think it was that much of a deal until recently a group of researchers did a world’s first quantitative study to understand the effect of tourism on the increase of greenhouse gases. Needless to say, the results were quite shocking.

It was found that the carbon footprint from tourism is four times higher than what was first believed. The University of Sydney’s Integrated Sustainability Analysis supply-chain research group undertook this study.

While small islands due to its small population, through international arrivals, attract a small share of carbon emissions, the study shows that the United States is responsible for most of the pollution generating from tourism.

The team did an in-depth study on the subject. The whole process took one and a half years to complete, considering every single element involved in the tourism supply chain.

“Our analysis is a world-first look at the true cost of tourism—including consumables such as food from eating out and souvenirs—it’s a complete life-cycle assessment of global tourism, ensuring we don’t miss any impacts,” said Dr. Arunima Malik, the co-author of the study. 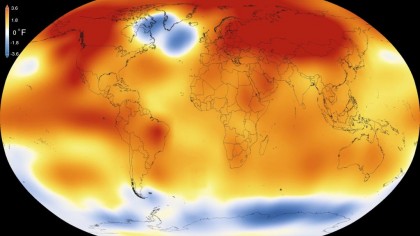 The most notorious culprit is undoubtedly air travel emissions. However, the greatest concern is that as the world progresses, the rate of people traveling between countries is going to rise even higher. It inevitably comes as a part of economic growth.

Lead researcher Manfred Lenzen also commented “We found the per-capita carbon footprint increases strongly with increased affluence and does not appear to satiate as incomes grow.”

As countries are gearing up to increase tourism to bring in income from other countries, there is no telling the scale at which tourism is going to rise. And, from a business perspective, tourism should and must rise so that countries can benefit off each other.

“Given that tourism is set to grow faster than many other economic sectors, the international community may consider its inclusion in the future in climate commitments, such as the Paris Accord, by tying international flights to specific nations,” added Ya-Yen Sun, the co-author of the study.

She believes that to further cut down the growth of tourism-related emissions, it is important to have carbon taxes or carbon trading schemes, specifically for aviation. However, Professor Lenzen said that paying for carbon abatement could increase the price of the trip for holiday-makers considerably.

Via: The University of Sydney