A team of researchers discovered that psychedelics like LSD and MDMA could have a positive effect on brain plasticity and neuron connections.

By  Shelby Rogers
Jun 13, 2018
Illustration by Calvin and Joanne Ly/University of California Davis

While psychedelic drugs like LSD and MDMA have been part of the public culture for decades, researchers have been exploring them more in recent years and their potential to affect mental health problems. Psychedelics have built up an extensive bad rap through decades of the drugs being associated with party culture. However, a new study from University of California, Davis could support the idea that LSD and other psychedelics could help the brain repair itself rather than do more harm.

The study was published in the most recent edition of Cell Reports. The UC Davis team exposed lab-cultured neurons from rats, humans and a variety of other animals to MDMA, the tryptamine psilocin (which is the hallucinogenic part of hallucinogenic mushrooms), and the ergoline LSD.

The neurons used by researchers were from the brain's prefrontal cortex, which plays a significant factor in determining whether certain mental illnesses will occur.

Rather than destroy neuron paths and connections, most of the psychedelics actually promoted growth of new dendrites on a neuron. Those dendrites are responsible for sending and receiving information to and from other brain cells. The psychedelics also promote the density of protrusions on dendrites more frequently called dendrite spines. Those spines can trigger the growth and frequency of new synapses between cells.

"People have long assumed that psychedelics are capable of altering neuronal structure, but this is the first study that clearly and unambiguously supports that hypothesis."

"People have long assumed that psychedelics are capable of altering neuronal structure, but this is the first study that clearly and unambiguously supports that hypothesis. What is really exciting is that psychedelics seem to mirror the effects produced by ketamine," said David Olson, assistant professor in the Departments of Chemistry and of Biochemistry and Molecular Medicine, who leads the research team.

One of the biggest benefits, according to the team, is that the overall result of these drugs on the brain is improving the brain's ability to repair itself after being damaged by stress or traumatic events. These changes could help reverse the effects of chronic depression in patients suffering from the mental illness. As mentioned by Olson, the drugs' effects resemble those of ketamine. Ketamine used to be a recreational drug that's now being used as an experimental antidepressant. 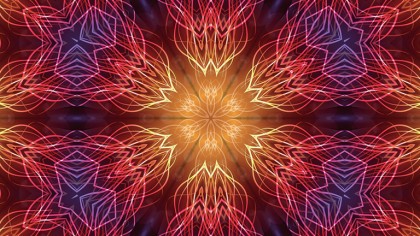 "The rapid effects of ketamine on mood and plasticity are truly astounding. The big question we were trying to answer was whether or not other compounds are capable of doing what ketamine does," Olson said.

The UC Davis team said their results imply multiple ways to improve a person's brain health and resilience. With a rising number of mental health issues around the world, more options for treating them could ultimately save lives. Olson and his team plan on developing less trip-inducing versions of the drugs. The psychoplastogens would be more appealing to the body and potentially break the stigmas surrounding psychedelics built up over recent decades.

"Ketamine is no longer our only option. Our work demonstrates that there are a number of distinct chemical scaffolds capable of promoting plasticity like ketamine, providing additional opportunities for medicinal chemists to develop safer and more effective alternatives," Olson said.