Crafting mechanical components at a nanoscale has been an emerging field over the last several years, especially as robots become smaller and the need for more intricate devices seem to rise. Engineers at Massachusetts Institute of Technology (MIT) crafted an entirely new process to make new nanowires for these incredibly small projects.

These nanowires are only a few billionths of a meter in width and can be produced with relatively low cost, according to the research team led by professor of chemical engineering Gregory Rutledge. Rutledge worked alongside postdoctoral candidate Jay Park.

What makes this particular project so interesting is that, unlike most other nano-projects, there was little to no tradeoff. Traditionally, when researchers enhance one characteristic of a nanotechnology (either the strength or the durability), another element will decline.

"Strength and toughness are a pair like that: Usually when you get high strength, you lose something in the toughness," he said in a press statement. "The material becomes more brittle and therefore doesn’t have the mechanism for absorbing energy, and it tends to break."

That's where the new process of gel electrospinning came into play. The team combined a variety of gel spinning and added electricity. Thus, it transformed the polyethylene fibers into things stronger than Kevlar.

"We started off with a mission to make fibers in a different size range, namely below 1 micron [millionth of a meter], because those have a variety of interesting features in their own right," Rutledge says. "And we've looked at such ultrafine fibers, sometimes called nanofibers, for many years. But there was nothing in what would be called the high-performance fiber range."

These new fibers have similar strength to things like carbon fibers or traditional ceramic fibers found in composites. However, they're considerably tougher and have a lower density. Thus, they can perform on a wide margin of uses, according to Rutledge. 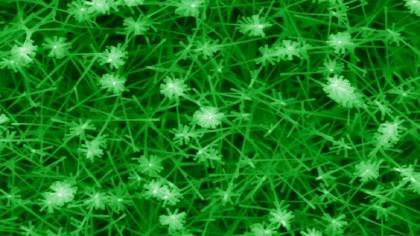 The catch to this project? The researchers don't exactly know what about the gel electrospinning process causes this high performance.

"It seems to be something that we received as a gift, with the reduction in fiber size, that we were not expecting," Rutledge said. The electrospun fibers combine the precise levels of strength, rigidity, and toughness in ways that can be easily applied across a variety of project types.

"There hasn't been a whole lot new happening in that field in many years, because they have very top-performing fibers in that mechanical space," Rutledge says. But this new material, he says, exceeds all the others. "What really sets those apart is what we call specific modulus and specific strength, which means that on a per-weight basis they outperform just about everything."

Ultimately, Rutledge and his team hope to do more research into precisely what about the new process makes the nanowires so durable. They also want to figure out how to use the wiring to make certain materials stronger without being as bulky. As Rutledge said, "they may have applications we haven't thought about yet, because we've just now learned that they have this level of toughness."

The full paper can be found in the February edition of the Journal of Materials Science.