Researchers from a university in Saudi Arabia have put together a diode which will use ultrafast quantum tunneling to be able to harvest infrared energy. The development can eventually boost electricity generation.

A team from King Abdullah University of Science and Technology (KAUST) in Saudi Arabia has developed a device which will use infrared radiation, in addition to waste heat from industrial processes, for power generation.

The device will do this by transitioning quadrillionth-of-a-second wave signals into useful electricity.

Scientists point out that infrared heat can be harvested 24 hours a day. One method of achieving this is to treat waste or infrared heat as high-frequency electromagnetic waves. Using antennas designed in the right way, collected waves are sent to a rectifier, often a semiconductor diode, which will convert alternating signals into an electric current.

“There is no commercial diode in the world that can operate at such high frequency.”

Putting these rectenna designs into practice has until now been difficult because infrared emissions have very small wavelengths, the KAUST team of researchers have said.

Infrared emissions also require micro or nanoscale antennas that are difficult to fabricate and test, they said. Additionally, infrared waves oscillate significantly faster than a typical semiconductor can move electrons through its junction.

“There is no commercial diode in the world that can operate at such high frequency,” ScienceDirect quoted the project leader Atif Shamim as saying. “That’s why we turned to quantum tunnelling.”

Energy harvesting from a renewable source is a promising alternative for sustainable and clean power generation, the researchers pointed out in the paper.

The conventional photovoltaic technology harvests energy only from the visible range of the spectrum, leaving the infrared range completely untapped. About 80 percent of solar radiation is absorbed by the atmosphere and the earth surface. These waves are then re-emitted as mid-infrared radiation, the paper said.

The other sources of IR emissions are metal heating, fluid heating, steam generation, heat treatment, and agglomeration. The temperature for these processes fluctuates between 250 K and 1500 K, and the corresponding wavelengths vary in the mid-infrared.

Tunneling devices such as metal-insulator-metal (MIM) diodes amend infrared waves into current by moving electrons through a small wall, according to the paper. MIM diodes can handle high-frequency signals on the order of femtoseconds due to this barrier being only one nanometre thick.

The team used a bowtie-shaped nano-antenna holding the insulator film between two metallic arms going over each other, to be able to generate the fields needed for tunnelling. “The most challenging part was the nanoscale overlap of the two antenna arms, which required very precise alignment,” said postdoctoral researcher, Gaurav Jayaswal, according to the Engineer.

“Nonetheless, by combining clever tricks with the advanced tools at KAUST’s nanofabrication facility we accomplished this step”. 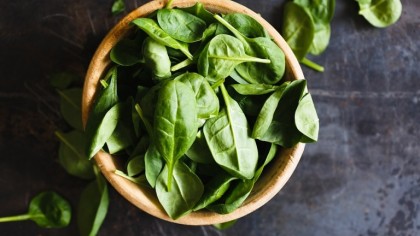 The new MIM diode could catch the infrared waves with zero applied voltage, by choosing metals with different work functions, a passive feature that switches the device on when needed, according to the researchers.

The bowtie has been able to harvest energy solely from the radiation and not from thermal effects, experiments with infrared exposure have been able to demonstrate.

The researchers have remarked that this is just the 'beginning-a proof of concept' and there could be millions of such devices connected to boost overall electricity generation.

Researchers Develop Robot That Tells Farmers When to Water Crops