Engineers with MIT created an inexpensive way to make bending muscle fibers. These artificial muscles have become staples in robotics over the last decade, as robotics progresses toward more human-like builds.

The team found a simple and relatively cheap solution in nylon fiber. The synthetic material can be shaped and heated in MIT's new process, detailed in Advanced Materials. 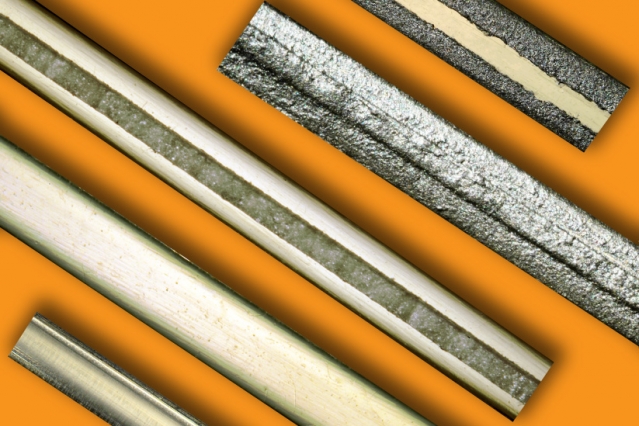 Linear muscular activity could be easily replicated as twisted nylon filament did the job. However, bending motions like ones seen in human fingers proved a bigger challenge.

Existing structures used to bend in biomedical devices used "exotic materials to do the job," noted doctoral candidate Seyed Mirvakili. Carbon nanotube yarns, for instance, offer long lifespans for use. However, they're insanely expensive for marketable use.

MIT's new process uses the nylon fiber in a new way, taking note of special properties related to the material. Mirvakili noted that the fibers shrink in length but expand in diameter. The team harnessed that shrinking for motion without needing more pieces.

The system also takes advantage of properties other researchers could determine as limiting. Mirvakili said slow cooling rates could be seen as a negative factor, one he made work for the project's advantage. He said selectively heating one side causes it to contract faster than the heat can penetrate the other side. This bends the fiber.

"You need a combination of these properties,” he said, “high strain [the pull of the shrinking motion] and low thermal conductivity."

The team used nylon fishing line and compressed it to change from round to a rectangle or square. They heated one side to bend the fiber in that direction. The heating direction could also be adjusted as well, allowing the team to make figure-eights and circles.

The team hopes this technology could contribute to medical devices like self-adjusting catheters. It could even allow for tracking systems on energy devices as well.

Geoffrey Spinks, a professor at Australia's University of Wollongong and a man unconnected with the study, called it "novel" and also "elegant."

“This is a simple idea that works really well," he said. "The materials are inexpensive. The manufacturing method is simple and versatile. The method of actuation is by simple electrical input. The bending actuation performance is impressive in terms of bending angle, force generated, and speed.”

"One can imagine many applications for this type of actuator in the medical and instrumentation fields,” said Andrew Taberner, associate bioengineering professor with the University of Auckland. “I expect that this work will become highly cited."

SEE ALSO: Skin-Like Bandage Could be the Next Biomedical Band-Aid