A team of researchers from UCLA are developing a way to restore feeling in cells of paralysis patients. Recent research shows success for the team as they develop ways to coax human stem cells into becoming sensory interneurons.

If you've ever felt heat or cold or pain, thank your sensory interneurons. These cells are responsible for our sense of touch and give us our tactile experiences and memories. These interneurons are also responsible for keeping us safe by warning us from danger.

The study was led by Samantha Butler, a UCLA associate professor of neurobiology. The full research can be found in the most recent issue of the journal Stem Cell Reports.

The study itself furthered previous research done by Butler and her colleagues from last September. The original study documented Butler et al. testing certain proteins and seeing how they foster development of sensory interneurons in chicken embryos. The researchers use a bone morphogenic protein called BMP4 in conjunction with another signaling molecule called retinoic acid. The team added this combination to human embryonic stem cells and saw a mixture of two distinct sensory interneurons.

"Making people feel again doesn’t have quite the same ring. But to walk, you need to be able to feel and to sense your body in space; the two processes really go hand in glove."

One of the sensory interneuron types allowed people to have an idea of where their body is in space (called proprioception). Another gave people the ability to sense pressure put on a specific area. And according to Butler, that combination is precisely what's needed to restore considerable elements of feeling back to someone's body.

"The field has for a long time focused on making people walk again,” said Butler, the study’s senior author. "Making people feel again doesn’t have quite the same ring. But to walk, you need to be able to feel and to sense your body in space; the two processes really go hand in glove."

Nearly 1 in 50 people live with paralysis

Paralysis (either partial or complete) affects more people around the world than many able-bodied people might realize. In 2013, the Christopher and Dana Reeve Foundation found that in the U.S. alone, nearly 1 in 50 people live with paralysis. That's approximately 5.4 million people, and the number is 40 percent higher than any other previous estimates or findings. 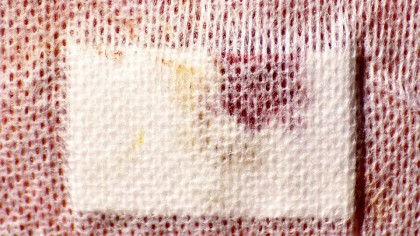 Butler said in a statement that the team could create one interneuron at a time. This would make it easier for researchers to decide each cell's type and function. However, given the current process, the UCLA team has yet to figure out how to make one type of cell or the other. The team always gets a mix between the two. While this new research is a critical step in the process, the team understands there's more work to be done.

"This is a long path," Butler said. "We haven’t solved how to restore touch but we’ve made a major first step by working out some of these protocols to create sensory interneurons."

Next for the UCLA team is implanting these sensory interneuron cells in spinal cords of mice. They'll then be able to see if the cells can successfully integrate into the nervous system and restore some sort of partial function (if not full functionality).