Scientists have found a way to use proteins to degrade toxic chemicals safely in the environment.

Researchers from UC Berkeley and Northwestern University have created a mat that can literally soak up pollution. The material can ‘keep certain proteins active outside of the cell.’

The discovery is a major breakthrough in living systems research which for years has failed to combine proteins with synthetic components. This latest research demonstrates a new unique way that can keep proteins active outside their native environments.

This new method has applications in war zones or contaminated sites where it could provide on-demand biochemical reactions. “We think we’ve cracked the code for interfacing natural and synthetic systems,” said study author and UC Berkeley professor Ting Xu.

Proteins are generally fussy and do not react well to being removed from their native environments. To function well, proteins often need to stay in very particular formations, these functioning postures are often reached with the assistance of other proteins.

To try and replicate these specific conditions, the lab analyzed recurring protein sequences and surfaces to try and find a way to create a synthetic polymer that would be able to provide everything the particular proteins need to keep functioning.

“Proteins have very well-defined statistical pattern, so if you can mimic that pattern, then you can marry the synthetic and natural systems, which allows us to make these materials,” said the study’s first author Brian Panganiban.

In a complex experiment, the team of researchers created random heteropolymers. Heteropolymers are defined as ‘A polymer derived from two or more different (but often similar) types of monomer’.

The lab named these random Heteropolymers as RHPs which are made up of four types of monomers. Each of these four monomer subunits are designed specifically to interact with the surface of the protein of interest. 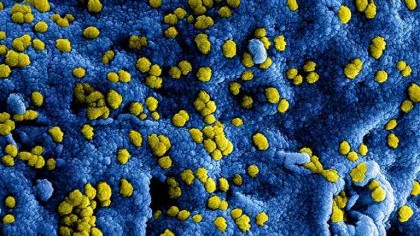 These RHP’s were then tested extensively to show that they could interact favorably with the selected proteins and lead to the protein showing stability outside of the cell. Once this was established, the next step was to test if RHP can create protein-based materials for the bioremediation of chemicals.

This part of the study was funded by the United States Department of Defense which has a significant interest in the successful outcome of the research. To complete the test, the scientists mixed RHP with a protein called organophosphorus hydrolase (OPH), which has the ability to degrade the toxic organophosphates found in toxic chemicals such as insecticides and chemical warfare agents.

The RHP/OPH combination was used to form fiber mats. When these mats were exposed to a common insecticide, the researchers were delighted to discover that the mats could successfully degrade a proportion of the insecticide.

Within a few minutes, the mats had managed to degrade an amount of the chemical approximately one-tenth of the total fiber mat. With further work, this research could lead to the development of larger mats that have applications in chemical warfare and biohazard clean up.

The study was published in the March 2018 issue of the journal Science.