The breakthrough can lead to next-generation rechargeable batteries to power future electric vehicles and electronic devices.

Any chemistry enthusiast will know that a lithium-ion battery, or LIB as it is often called, is a rechargeable battery. In this type of a battery, the lithium ions are known to the positive electrodes from the negative electrodes and vice versa while charging.

These batteries are quite commonly seen in home electronics, especially portable electronics, given their low self-discharge, high energy density, and tiny memory effect.

That said, researchers from the University of Michigan might just have created a major battery breakthrough by revealing that the output of the lithium metal can be doubled, enhancing its performance substantially, without it catching fire.

Scientists have devised a new technology for a rechargeable battery that can apparently double the output of the lithium ions we see today. If this is true, this can be considered a radical breakthrough because it will go a long way in increasing the life of a mobile device without charging and also extend the range of electric vehicles.

Using Solid-State Electrolytes for Better Durability and Resistance to Fire

It has been revealed by the researchers that they might be able to harness the energy of LIB by employing the use of ceramic solid-state electrolyte. They also believe that they can do this without causing any kind of short-circuiting or any other adverse effect. 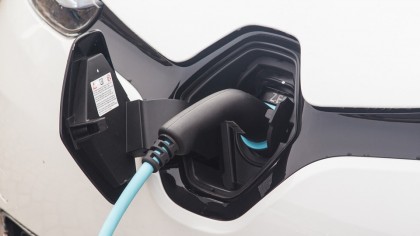 The lithium-ion battery was first introduced in the year 1991 and has been surprisingly stable. In today’s world, they are used in all kinds of electronic devices such as PDAs, laptops, iPods and cell phones.

They owe their popularity to their wide range of applications and also because they are hands down one of the most energetic batteries out there that can be recharged. Lately, however, these lithium-ion batteries had been in the news, thanks to their tendency to burst into flames at times.

Although it is not a very common event, it can be quite extreme and intense when it happens. This is precisely where the researchers were investigating alternative methods to enhance the output of these batteries and ensure they do not cause fire hazards while doing their job.

They came up with a different approach to physically stabilize the lithium metal surface with ceramic to avoid the formation of dendrites, a tree-like filament that shorts the battery and ignites the flammable electrolyte.

Breakthrough in the Development of Rechargeable Batteries

“This could be a game-changer—a paradigm shift in how a battery operates. What we’ve come up with is a different approach—physically stabilizing the lithium metal surface with a ceramic. It’s not combustible. We make it at over 1,800 degrees Fahrenheit in the air. And there’s no liquid, which is what typically fuels the battery fires you see," said Jeff Sakamoto, lead mechanical engineer at the University of Michigan.

Researches with this unique approach were also able to dramatically improve the charging rates. They demonstrated that their solid-state battery can be charged in less than 3 hours compared to the over 20 to 50 hours required to charge an ordinary lithium metal car battery.

They managed to achieve this without degrading the battery life, which often degrades with repeated charging and discharging processes. After testing the battery for 22 days, they observed no visible degradation.

“The battery was just the same at the start as it was at the end. We didn’t see any degradation. We aren’t aware of any other bulk solid state electrolyte performing this well for this long,” said Nathan Taylor, a postdoctoral fellow in mechanical engineering.

The scientists have published their findings  in the Journal of Power Sources.

A New Recycling Method Could Process 7,000 Tons of Crushed EV Batteries Per Year