Researchers design new studies with the hopes of achieving new insights on how the brain functions and responds to its environment, producing new awareness what happens to the brain in cases of vision loss, or even developing an interface that allows for direct brain-to-brain communication.

Given the emergence of new technology to enhance these efforts, large research collaboratives that include specialists from multiple scientific disciplines and perspectives has been key to gaining progress.

Now, a team of researchers from one such collaborative, BrainGate, has made new headway. A clinical trial was designed to test it out.

BrainGate is a large consortium of researchers, from neuroscientists and neurosurgeons to computer scientists, who organize studies with the aim of "developing brain-computing interface (BCI) technologies to the communication, mobility, and independence of people with neurologic disease, injury, or limb loss."

The team has developed an innovative computer system which they believe will allow quadriplegic patients to enjoy the same range of communication options that many others can enjoy. The design sets out to offer relatively easier ways of streaming music, browsing on the Internet, and even texting friends.

The Brains Behind the System

Named BrainGate2, the researchers designed a system that employed micro-electrodes implanted into the brain to achieve their results, producing a neural interface system that allowed seamless and uninterrupted communication.

The result: real-time decoding of neural activity in the wearer's motor cortex that allowed them to control a commercial tablet.

A paired wireless mouse helped with the transmission of these neural messages. The team also enthusiastically reported that two of the three participants were able to successfully have a texting conversation in real time.

The results show, according to the study, "for the first time, high-performance iBCI control of an unmodified, commercially available, general-purpose mobile computing device by people with tetraplegia."

A New Level of Interaction

Beyond the success reported by the researchers, the participants involved were also left shocked to know that they could carry out so many tasks only based on their intentions. "The tablet became second nature to me, very intuitive," shared one participant who also used the tablet to play digital piano and even order groceries online.

In spelling out the results and room for improvement, the scientists explained in their paper: "Participants navigated the user interface comfortably despite not having access to all of the gestures commonly used on a tablet (e.g., click and drag, multitouch). 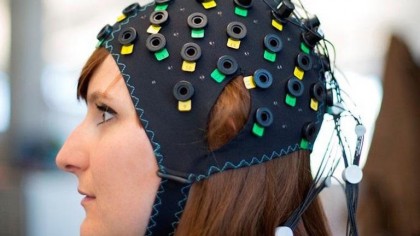 This precluded certain functions such as scrolling up and down on the tablet web browser.

Some of these limitations would have been overcome by enabling accessibility features found in the Android OS or third-party programs. Additionally, modifying the Android OS keyboard layout as we have done in prior reports would have likely increased typing rates."

This all seems to indicate that, with the help of this breakthrough technology, in the future patients with these types of paralysis will be able to live an easier and more independent life.

Details about the study appear in a paper, titled "Cortical control of a tablet computer by people with paralysis", which was published November 21st in the Public Library of Science journal.