Researchers Discover Why Meteors Explode Before They Hit Earth

A research paper from a team studying meteors at Purdue University explains what might happen to cause meteors to break up so violently in the lower atmosphere, an event called "meteoric air bursts".

If you have ever looked closely enough at the night sky on a clear night, you have probably seen a few "shooting stars," celestial objects that appear to be moving through space at incredible speeds, leaving a massive cosmic trail behind them. Conventional wisdom tells us what is really happening: debris from space enters our atmosphere, and then combusts due to friction before it can ever get close to us. And that's a very lucky thing, too, because if it weren't for our atmosphere we would constantly be pelted by space materials moving at incredible speeds, and the results would be catastrophic.

But what is really happening up there when we see events such as shooting stars and meteor showers? With small debris, it's obvious that the object enters our atmosphere at high speed and friction causes it to burn up. Small means very small; most of the shooting stars that you'll see on a clear night are pebbles or even motes of dust. But larger objects, up to several meters in diameter, can have a much larger impact.

The Tunguska event was a catastrophe caused by a meteor breaching the atmosphere and exploding above the surface in Siberia. The heat from the explosion could be felt over 40 miles away from the impact zone, and the seismic pressure was measured all the way in England, demonstrating the force that these objects create as they fall towards the earth. The rock in question is estimated to have been about 120 feet across, weighed 220 million pounds, fell at a speed of about 33,500 miles per hour and heated the air around it to 44,500 degrees Fahrenheit. The asteroid exploded 28,000 feet above the surface, creating an explosion 185 times stronger than a nuclear bomb.

Another similar event happened in 2013 in Chelyabinsk, Russia.

The video shows many different angles of the event, showing how ridiculously bright the falling rock became and how much force was generated. The meteor itself is awe-inspiring, but it demonstrates how dangerous the unknown can be, especially when it falls out of the sky.

NASA revealed a lot of information about the event. The rock was much smaller than the one that fell in Tunguska -- about half the size -- but equipment on Earth was able to record the force that it generated, the amount of light and heat it put off, the size of the impact zone, and the exact composition of pieces that it left behind. While the damage was significant, having the ability to sift through those records was an exciting opportunity for scientists who study meteors.

What causes the explosion?

A research paper from a team studying meteors at Purdue University explains what might happen to cause meteors to break up so violently in the lower atmosphere, an event called "meteoric air bursts". Super-heated air collects in a bow-shock in front of the rock, and it gets into the meteor via its porous surface and causes structural instability, eventually causing the rock to break apart. As the surface of the meteor is cracked, the increase in the area causes more friction, creating more hot, compressed air to flow through the increasingly porous surface. This process continues in a positive feedback loop until the entire meteor is just a massive burst of fire sailing through the air. In the case of the Chelyabinsk meteor, this positive feedback loop occurred 14 miles above the ground, but it also came in at a very shallow angle. Other meteors could come in at a much sharper angle, reach higher speeds, or explode closer to the surface, causing more damage. 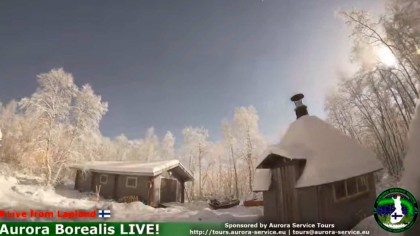 The scientists at Purdue used computer simulations to draft a possible solution to this problem. They determined that forcing air through the pockets of the meteor would allow them to stabilize the pressure inside of it. This has two benefits: one, cooling the air in front of and around the meteor reduces the energy moving in and out of it, preventing it from exploding; and two, reducing the speed of the meteor would make it less likely to break up, reducing the likelihood of an explosion even further. This defense measure could be used to prevent disasters like the Chelyabinsk and Tunguska disasters; however, it would likely be largely ineffective against bigger meteors, like the one that is presumed to have caused the ice age that killed all of the dinosaurs.

But, being a little bit prepared is much better than being totally unprepared; and things like this are a good example of why research and development are so important. NASA already has systems in place that track the path of large celestial objects that could potentially be on a crash course with Earth -- while this creates a little bit of sensationalism, it's also good to recognize that we are fragile, and there are things out there that we know so little about that could destroy us without us even seeing it coming. We are constantly learning new things about the environment and space that will lead us to be better able to defend our homes when disaster strikes.