Graphene made headlines last year as the world's strongest and most innovative substance. The one-atom-thick carbon material drew attention for everything from electromagnetism to conductive properties to its insane durability. However, high costs of graphene kept the material grounded from its true potential. 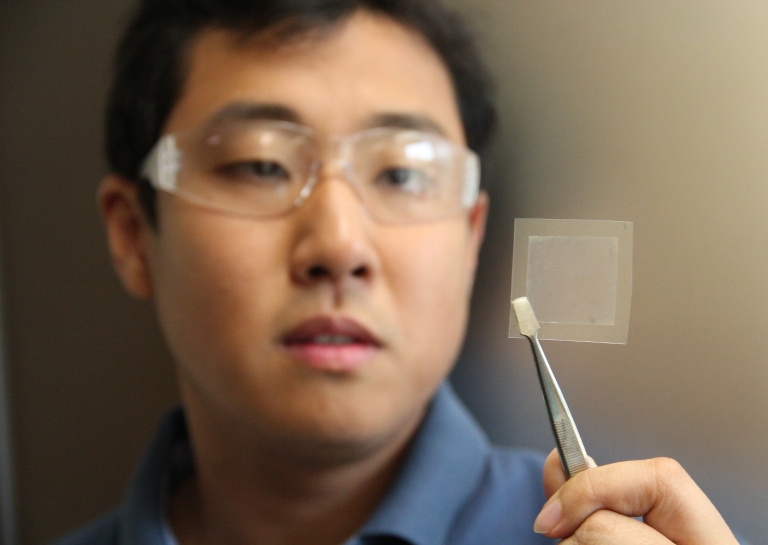 One group of researchers from Australia look to change that entirely. A team from the Commonwealth Scientific and Industrial Research Organization (CSIRO) crafted "GraphAir." This technology "grows" the graphene with ambient air, simplifying the graphene creation process. Previously, graphene has to be cultivated under precise conditions, high temperatures and a powerful vacuum. By removing the tricky conditions, the graphene can grow in a much more readily available environment.

Not only was air simplified in the process. The team also utilized soybean oil to make the incredibly conductive material. Zhao and his team heated the soybean oil in a furnace for half an hour. This allows the oil to decompose into carbon building blocks. The oil gets poured onto a thin nickel foil. That foil cools and the oil diffuses as a thin sliver of graphene.

Professor David Officer, a member of the University of Wollongong, said that soybean-graphene can easily be duplicated. He said its potential applications seem limitless if successfully scaled up.

"The potential's enormous," he said. "[But] the question will be whether you can economically scale a method like this, where they've sealed it inside a furnace tube, to create and handle metre-sized films."

The CSIRO team isn't the only one going after graphene. A group from the U.S. led from researchers at Kansas State University synthesized graphene with hydrocarbon gas, oxygen and a spark plug. They removed the need for any sort of vacuum system.

Chief researcher and team leader Chris Sorensen, a physics professor at Kansas State, acquired a patent for the team's work.

"We have discovered a viable process to make graphene," Sorensen said. "Our process has many positive properties, from the economic feasibility, the possibility for large-scale production and the lack of nasty chemicals. What might be the best property of all is that the energy required to make a gram of graphene through our process is much less than other processes because all it takes is a single spark."

You can read the CSIRO full paper published in Nature Communications here. For a quick primer on graphene itself, check out this video from Massachusetts Institute of Technology below:

You can also learn about the graphene creation process through this video courtesy of Veritasium: