A team of researchers, led by Christopher Voigt, from the Massachusetts Institute of Technology, has successfully engineered E. coli bacteria to emit colorful images. The team's intricate process is unprecedented and has numerous potential applications in the medical field, and even in the oil and gas industry. 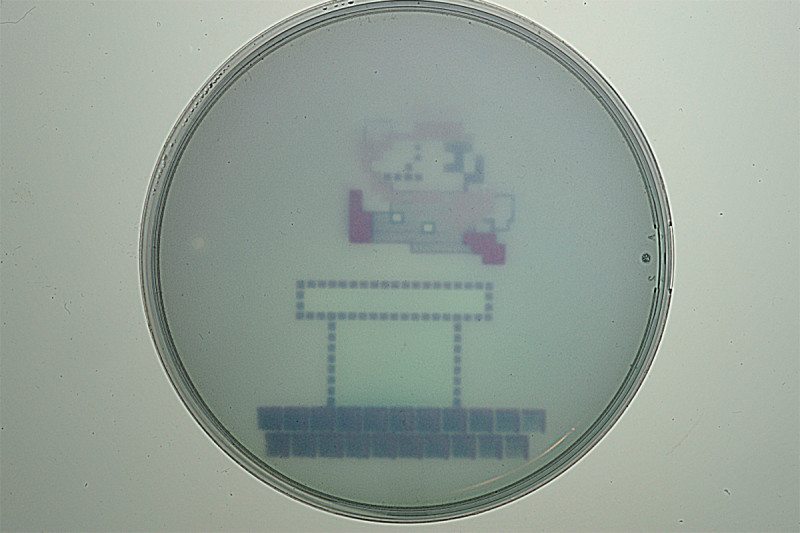 More than 10 years ago, Christopher Voigt and his MIT research team engineered Escherichia Coli (E. coli) bacteria cultures to generate black-and-white photo negatives that reflect patterns of light shone onto the bacteria's dish. The team's research then only included four genes to produce black pigmentation when the bacteria senses light. After ten more years, Voigt and his team have conducted the same color generation but this time with a suite of 18 genes, which have wielded colorful images like a fruit still life, a geometric lizard motif, and a leaping Super Mario.

The team calibrates the E. coli bacteria to register color by incorporating genes that respond specifically to red, green or blue light. Once the corresponding light color activates the 18 genes, they supply signals onto other newly incorporated genes that consequently produce visible pigment of a similar color. The researchers built up of these engineered cells to produce a bacterial film that is essentially a living photographic plate. If the colony of bacteria on the plate is exposed to a bright, colorful light image, the cells gradually transform their color to correspond to the spectrum of light being shone onto the bacterial film. Approximately 8 hours of pigment generation is required to produce a strong image.

"We think of it as sort of ‘disco bacteria," Voigt said. "You can imagine different light flashing depending on what the cells need to do". 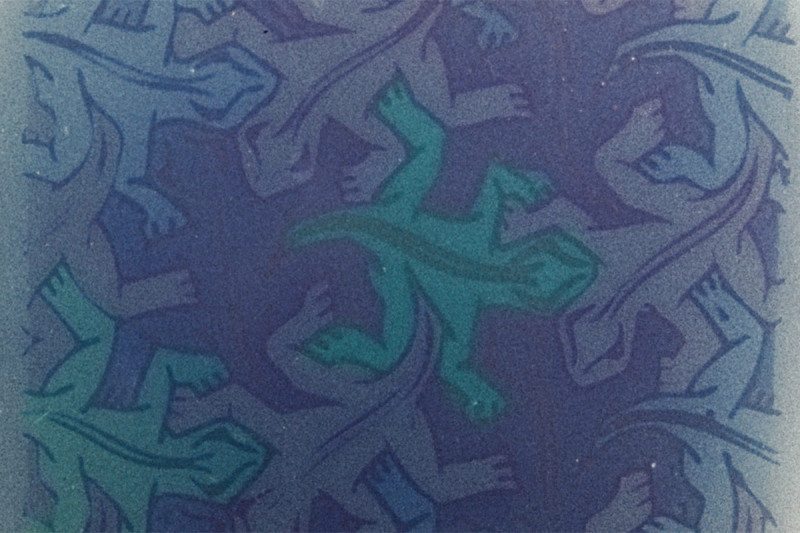 Generating colorful images using bacteria is beyond the purpose of the research team's aims in engineering this kind of process. It is particularly convenient to use light, instead of chemical signals, to direct bacterial activity remotely as it's easy to turn off, and provides control over the whole process.

"You just wouldn’t be able to do that with chemicals", said Voigt. "It would be very expensive and just technically challenging". 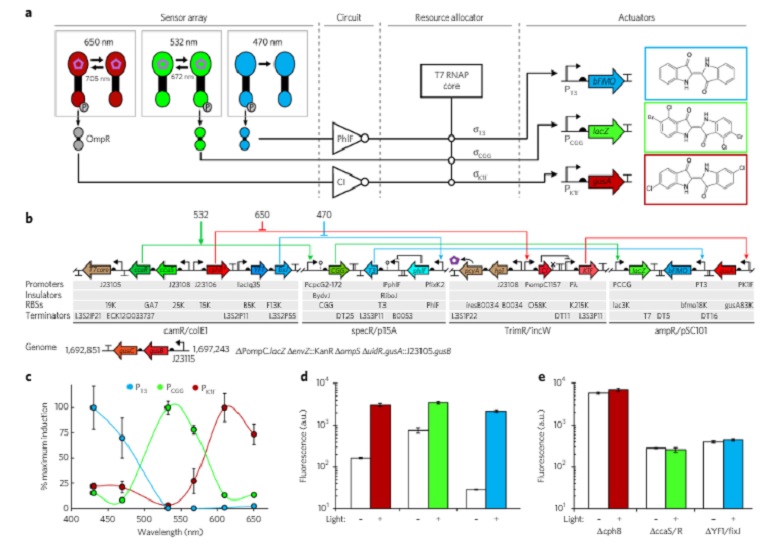 The team's process could also be used to allow enhanced control of the bacteria grown in fermenters to digest vital drugs, antibodies, and materials. Moreover, the light could be used to sculpt or mold living biomaterials like tissues and organs for transplant.

In reality, E. coli bacteria are naturally blind even when engineered. They can only have a sense of very vague vision. "It takes two components to see", explained Voigt. "One is to sense the light and the second to interpret it in some way, so at a basic level you respond then compute something in response".

The research team's paper was published in Nature Chemical Biology.