Researchers Explain Why Superconduction Is so Cold

A lingering physics problem has been solved through painstaking detective work.

There are many materials under certain conditions that can conduct electricity without any significant resistance. This phenomenon is known as superconduction. But most of these materials can only experience superconductor at very low temperatures.

SEE ALSO: SUPERCONDUCTIVITY: WHAT IS IT AND WHY IT MATTERS TO OUR FUTURE

Researchers have been trying to find theoretical computational methods to represent and understand this rule for a long time, mostly without success- until now. The Vienna University of Technology has developed a new method that goes a long way to explain the complexities of superconduction.

"Actually, it's surprising that superconduction only occurs at extremely low temperatures," says Professor Karsten Held of the Institute of Solid State Physics at TU Wien.

"When you consider the energy released by the electrons involved in superconduction, you would actually expect superconduction to be possible at much higher temperatures as well."

To understand superconduction you must start by applying the laws of physics. "The problem is that many particles are involved in the phenomenon of superconduction, all at the same time," explains Held.

"This makes the computations extremely complex."

Individual electrons in a material cannot be viewed as individuals but seen as a whole. However, this scale makes the idea so complex even the worlds most powerful computers are no use.

"However, there are various approximation methods that can help us to represent the complex quantum correlations between the electrons," says Held.

One of these methods is the "dynamical mean-field theory" a theory perfect for problems where computing the quantum correlations between the electrons is particularly difficult.

New research based on 'Feynman diagram'

The new works from the TU Wein expand on the 'Feynman diagram' calculation. Feynman diagrams are a method of representing interactions between particles. 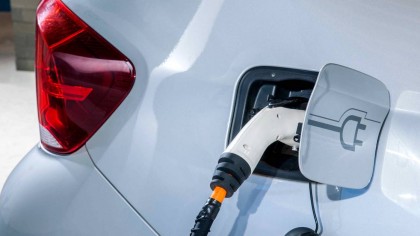 The diagrams allow for all the possible interactions of particles to be represented in a diagram and are thus useful for making very precise calculations. Nobel prize winner Richard Feynman created the diagrams for use in studying individual particles in a vacuum.

"In a method developed by Professor Toschi and myself, we no longer use the Feynman diagrams solely to depict interactions, but also use a complex, time-dependent vertex as a component," explains Held.

"This vertex itself consists of an infinite number of Feynman diagrams, but using a clever trick, it can still be used for calculations on a supercomputer."

This new method created a way for researchers to approximate the complex quantum interaction of the particles to be calculated.

"The exciting thing in terms of physics is that we can show it is actually the time dependence of the vertex that means superconduction is only possible at low temperatures."

Through painstaking work, Motoharu Kitatani and Professor Held were able to identify the orthodox Feynman diagram that shows why conventional materials only become superconducting at -200°C and not at room temperature - thus solving a long lingering problem.

These work will allow for a better understanding of superconducting materials and their properties. It could also lead to the discovery of a material that can achieve superconduction at room temperature.

Tesla Explains Why It Is Suing Alameda County, Musk Threatens to Leave California