Researchers May Have Discovered Why Once Promising Cancer Drugs Failed

Understanding the failure of this treatment could open the doors to the success of future treatments.

There are currently 8 primary forms of cancer treatments that range from the more common chemotherapy to stem cell treatments.

With more than 9 million cancer-related deaths this past year and cancer on the rise, researchers are consistently looking for new methods to add to the medical toolbox to combat the progressive disease.

From the 1990s to the early 2000s a new pharmaceutical drug-centered around MMP inhibitors or matrix metalloproteinases, a group enzymes that block the spread of cancer, held a lot of promise in the medical community.

However, preclinical trials of the drug turned sour, causing more cancer-related problems than solutions. Today researchers may have finally figured out what happened and can use these insights to further other cancer treatments in the pipeline.

To understand the MMP problem, one must look at what MMP inhibitors (MMPI) originally promised researchers. MMP inhibitors had the medical community very excited. Around the mid-90s there was a large body of experimental and clinical evidence in mice pointing to MMP inhibitors ability to combat cancerous tumors.

Yet, when synthetic inhibitors of MMPs were explored in the early 2000s on people,  the results were unexpectedly unsuccessful in tumor reduction or improving the survival rate of patients. In addition, patients had suffered unforeseen side effects. So what exactly went wrong?

Matrix metalloproteinases (MMP) are the enzymes that play a major role in the spreading of cancer. These enzymes help dissolve the outer layer of membranes that surround both tumors and healthy tissue, making it very easy for cancer cells to spread to other parts of the body. MMP inhibitors prevent that from happening.

Led by David Sherwood at Duke University and appearing in the journal Developmental Cell, researchers observed the MMP enzyme while a tumor metastasizes in a transparent 1-millimeter worm, a creature that allows researchers to observe the “invading cells in action”. 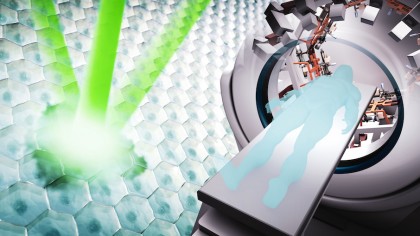 When a tumor’s matrix metalloproteinases are not available they have what you may call a “plan b”. The cells switch to brute force and smash their way into the unaffected cell. So in short, using just an MMP inhibitor is not the best solution against cancerous cells. But, not all hope is lost.

While observing the invasive cells of the worms, researchers found out the mitochondria, the powerhouse of a cell, are vulnerable during their assault. The team has developed a screening technique that has allowed them to target the mitochondrial gene, preventing the cancerous cells from spreading.

With this foundation, researchers may be able to create a new drug that actually inhibits MMP enzymes and completely prevents cancer from spreading.

A 'Gene Silencing' Injection Was Just Approved for Use in Humans