Researchers Say Plant Bacteria Could Provide its Own Salvation

Some scientists are on the verge of developing alternatives to pesticides and artificial fertilizers. They're digging into the plant microbiome: that world of bacteria living in roots, leaves and soils that allow plants to naturally fight diseases and pests. 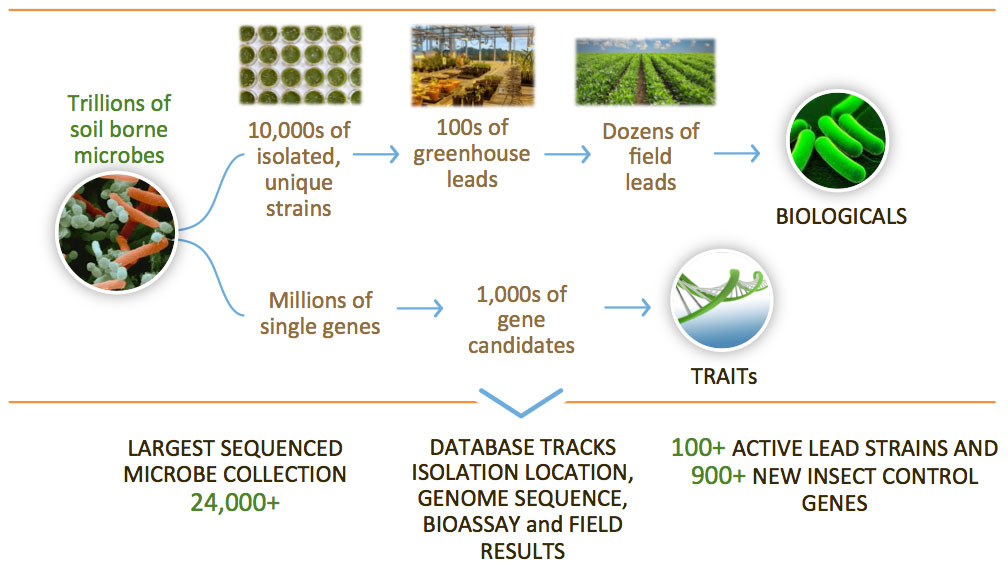 AgBiome, a startup in Durham, North Carolina, will launch its first product - an insecticide called Howler. It takes microbes isolated from Texas cotton roots and grows them in the lab with no genetic changes.

While biological pesticides have been around for several years, AgBiome says that Howler is 20 times more effective than its competition. It can also completely replace traditional fungicides, not just help them or limit their impacts.

With traditional insecticides and pesticides, farmers must wait a few hours at least before reentering their fields. With natural microbes, the wait is nonexistent.

Similar to how humans have bacteria in our guts to help us digest food, the plant microbiome could hold the salvation to higher food demands with lower chemical needs.

"The microbiome has a lot of potential for agriculture because we know that microbes have a lot of influence on plants, how well they grow, how they resist pests and diseases, and how well seeds germinate," says Kelly Smith, director of microbial development at AgBiome.

Nearly one billion pounds of pesticides are used in the United States alone each year. Roughtly 5.6 billion pounds account for worldwide usage. Most countries don't limit how much can be sprayed on produce.

"If we can understand how to harness microbes to do specific things, we'll have the ability to carry out a lot of the same functions that we currently depend on chemical pesticides and fungicides to do," Smith said in an interview. "Modern pesticides are a lot safer than the old ones, but the microbes have the potential to be safer still."

AgBiome researchers are also working to find a microbe to combat the weevils in Sub-Saharan Africa. The Bill & Melinda Gates Foundation funds this research, as the weevils attack vital sources of vitamin A in African areas. 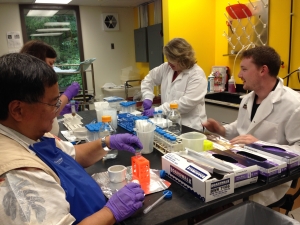 The company says they are driven by "by the higher purpose of enhancing food production for a growing human population. We will discover the most novel trait and biological products of any company." Experts in agroscience serve as the driving force behind the company's decisions, and they consult regularly with other departments in order to create the best and safest product possible.