Researchers Reverse the Flow of Time on a Quantum Computer

Ah, yes time travel, the tool that most of us need in times of embarrassment, a plot device for a lot of books and films and a tool that will lay at the center of the highly anticipated Avengers: Endgame.

SEE ALSO: THE ONE QUESTION EVERYONE WONDERS: IS TIME TRAVEL POSSIBLE?

Since the beginning of time, humans have pondered the movement of time, and if in fact time reversal is, in fact, possible, or if it is something limited to just fantasy.

Not all hope is lost. International researchers from U.S. Department of Energy's Argonne National Laboratory have formulated an algorithm to simulate the returning of a particle briefly to the past. The new research has the scientific community excited about the backward flow of time in quantum systems.

You have probably been informed that time reversal is something of a fantasy. Though mathematically it makes sense for time to move backward, the arrow of time in this universe can only move forward, a path that has been set into place since the beginning of the universe.

Published in the March 13 journal Scientific Reports, researchers have created an algorithm for IBM's public quantum computer that simulates the scattering of a particle. When a normal particle scatters it moves in one direction, a straight line.

However, in the quantum world, things get a little funky. A scattered particle takes on a fractured quality launching off in multiple directions. As mentioned above, reversing the particle back to its original state is impossible. It would be like taking a broken wine glass and resetting it back to its original glory.

To do this you would need a super system or a powerful external force to manipulate the particle’s quantum wave at every point. However, this didn't stop researchers from exploring time reversal, at least in principle.

In short, using the IBM computer the team simulated a scattered electron then launched the process in reverse, returning the electron to its original state, moving the electron back in time for a fraction of the second. The simulation was proven successful 80% of the time in a two-qubit quantum computer. 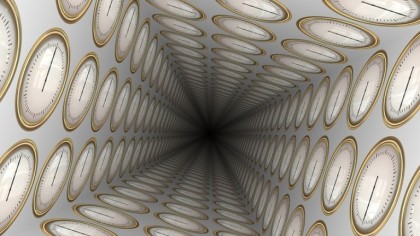 The results helped further researchers understanding of the second law of thermodynamics and much more.

"The results also give a nod to the idea that irreversibility results from measurement, highlighting the role that the concept of 'measurement' plays in the very foundation of quantum physics," states coauthor Gordey Lesovik of the Moscow Institute of Physics and Technology.

Though you may not be time traveling anytime soon, the research could help the world build better quantum computers, enabling the computer to jump back and clean errors as the work.

Perhaps Tony Stark can use this research to finally put an end to Thanos?