Researchers have raised the bar yet again on superconductivity temperatures with work from a study carried out this year.

Superconductors are materials which offer a range of potentially transformative applications, their capabilities going beyond experiments involving a levitating magnet.

Known for their zero-electrical resistance and zero-magnetic flux field expulsion qualities, new superconductors discoveries face tough scrutiny from the scientific community, with the superconductive properties of graphene emerging as well in the discussion.

Now, a team of researchers from the Max Planck Institute for Chemistry in Germany has achieved the highest temperature on record for superconductivity. And though the results look very promising, physicists are still greeting their work with a healthy mix of excitement and skepticism.

The temperature in question: 250 K. Still a remarkably cold temperature, it's a frigid -23°C.

To achieve the outcomes, the physicists subjected lanthanum hydrides to an intense amount of pressure--roughly 170 GPa. To put the number into context, the pressure at the core of the Earth is only about twice this number, ranging from 330-360 GPa.

By increasing the amount of pressure, the researchers were able to provide consistent evidence of "the existence of superconductivity at 250 K through the observation of zero-resistance, isotope effect, and the decrease of Tc under an external magnetic field".

The ultimate goal, of course, is to one day develop a superconductor which can perform under room temperature conditions. This study improves on findings from 2015 in which researchers were able to produce an outcome of 203 K.

Coincidentally Mikhail Eremets, co-author of the current study, also led the work from three years earlier.  “Our study makes a leap forward on the road to the room-temperature superconductivity,” he explained.

The Superconductivity Burden of Proof

Based on their experiment, the team concluded that "high, and even room temperature superconductivity (RTSC) is possible in metals possessing certain favorable parameters such as lattice vibrations at high frequencies".

Still, their claims will still be subject to a rigid set of three sets of proof designed by physicists to test their validity:

--> Most crucial is the Meissner effect, which equates to whether or not a superconductor is capable of expelling essentially any magnetic field.

By all indications, the first two conditions have been met, with the third condition representing the toughest to prove, in large part due to the relatively small sample size of the samples. 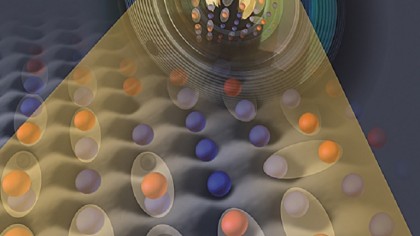 Although the conditions are strict and the work demanding to effectively produce the next superconductor, the fact that each new claim must pass under the watchful eye of other physicists ensures that the work in this level maintains the level of seriousness and attention to detail required.

Details related to the study appear in a paper, titled "Superconductivity at 250 K in lanthanum hydride under high pressures", which has been available since December 4th on Cornell University Library's arXiv open repository.