Researchers have developed the world’s first solar fuel reactor which is able to function at night.

CONTISOL, a solar reactor that runs on air, has been tested by international solar thermal energy researchers. The reactor is able to make any solar fuel like hydrogen and run day or night.

It uses concentrated solar power (CSP) which can include thermal energy storage. Solar fuels promise that we could have zero carbon fuels like hydrogen without the climate-damaging carbon emissions it takes to make hydrogen from natural gas.

Therefore, perfecting solar reactors is key to an entirely clean energy future. Scientists have been testing various kinds of reactors heated by the thermal form of solar, CSP. 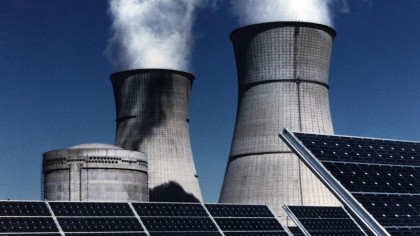 CONTISOL uses mirrors to concentrate solar flux on a receiver. This is to replace the burning of a fossil fuel for the heat needed to drive the thermal chemistry process, for chemical reactions like splitting H2 (hydrogen) from H2O.

Experts view the direct heat of CSP as a more efficient clean energy source than electricity from PV or wind. They try to attain zero-carbon heat for thermochemical reactions - which can operate at temperatures as high as 1,500 C.

When thermochemistry is driven by solar energy, there will be an unlimited supply of sunlight over centuries, and no climate consequences The only disadvantage compared to burning fossil energy will be having no sunlight at night.

Scientists at the German Aerospace Center (DLR) backed by the Aerosol and Particle Technology Laboratory of CPERI/CERTH Greece have built and tested a new solar reactor design. This includes storage, therefore, it is able to provide heat for 24 hours like the current fossil-fired method, except for the emissions.

"Solar reactors in the past have had the problem of what you do at night when you don't have sun, or even when clouds go by," said Justin Lapp, the team leader, formerly of DLR, and now Assistant Professor of Mechanical Engineering at the University of Maine.

He said when the temperature drops, the reaction could be stopped or the flow rate of the reactants slowed, reducing the amount of products that you get out. In addition, if the reactor shut down at night it would cool off, leading to the wasting of unused heat, but starting over from nothing next morning.

The way it works

Lapp said the main idea of CONTISOL was to build two reactors together. "One where sunlight is directly doing chemical processing. The other side for storing energy. In the chemical channels, the high temperatures of the material drive the chemical reaction and you get a change from reactants to products within those channels, and in the air channels cooler air goes in the front and hotter air comes out the back."

When they combined storage capabilities with a direct solar thermochemical reactor, they were able to achieve stable temperatures round the clock as well as the most efficient heat source to perform reactions since it is direct.