A team of researchers from has looked to nature to help robots move better. You might be familiar with the Carnegie Mellon “snake robot” project. The long skinny robot uses the same movement of a snake to move around, being able to squeeze into places people couldn’t possibly go. The development of the roboreptile took more than a decade. Recent improvements on the design include force sensors that allow the robot to understand the materiality of the terrain it is navigating, so it can adjust its grip. Previously, its owners had to analyze its path and pre-program the robot. The snake robot now comes in a type of modular design, much like a lego kit. The pieces of the robot can be added or removed depending on their tasks. So far it has been deployed to explore sites in Egypt, Austria and even sewers in Pittsburgh. 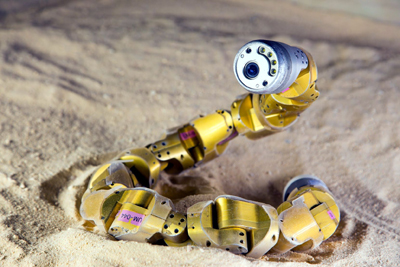 Incorporating modular design in robotic technology gives robots a wider application range. The team at the Carnegie Mellon robotics lab even have a spin-off project called ‘HEBI’. HEBI is a startup that aims to help people build custom robots quickly. The idea revolves around an elastic actuator, the robot joint allows control of torque, position & velocity, and also contains sensors that you can program or manipulate. The idea is the actuator can be used to quickly form robots in development something akin to robotic Lego. 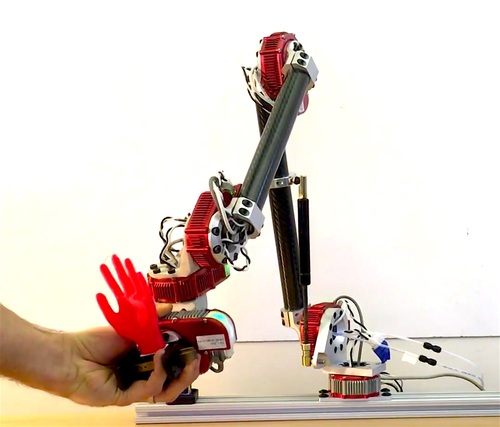 Professor Howie Choset explains, "By creating a system that can be readily reconfigured and that also is easy to program, we believe we can build robots that are not only robust and flexible but also inexpensive. Modularity has the potential to rapidly accelerate the development of traditional industrial robots, as well as all kinds of new robots."

All of this research and development have led to the latest robot to come out of the lab. Roughly the size of a mall dog, but sporting six legs and a serpentine head, this is the “Snake Monster”. A new robot that combines the idea of the snake into a more robust robot that has the capacity to carry a battery and more sensors. Its six legs help it traverse rough terrain while its low center of gravity makes it tough and agile.

The joints of the snake monster are based on the snake's flexible movement. The robot can explore its surroundings untethered and free from pre-programing with its pressure sensors . It can ‘live map’ the terrain it is in and adjust its walk to be most efficient.

The Snake Monster puts into practice the lab's hopes of being able to build robots rapidly and enhance their ability to manipulate objects and move in natural environments. By looking to nature they have been able to create these robots that have much more independence from their controllers. Choste notes, "When the robot goes over bumpy terrain, the springs in the series elastic actuators allow us to not perfectly plan the footsteps, but rather let the robot automatically conform to the environment the way animals do."

Stay tuned for the next Frankenstein type robot coming out of the CMU lab!