Scientists are coming one step closer to generating accurate images of abnormal brain activity thanks to deep neural networks.

The number of areas of medicine for which artificial intelligence (AI) systems have provided solutions, via algorithms and software, in the past decade seem too numerous to mention. 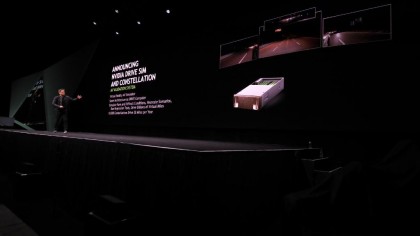 One of the bigger challenges, however, centers around developing AI capabilities for the brain, although a number of innovative methods involved the generation of enhanced images of the brain or 3D models have made an impact.

A team of researchers from American tech company Nvidia, the MGH & BWH Center for Clinical Data Science, and the Mayo Clinic are generating synthetic brain MRI images via an AI system. Specifically, they employed generative adversarial networks (GANs), deep neural networks that pair two systems together, with the first generating the synthetic image itself, and the other spotting the flaws. The result is a symbiotic relationship that improves both systems and offers doctors a clearer picture of what's happening in the brain. In other words, they are the ultimate frenemies.

The impact of the Nvidia's research in brain imaging

The team presents its research findings at the annual Medical Imaging Computer and Computer-Assisted Intervention (MICCAI) conference, which will run this week in Granada, Spain.

Hoo Chang Shin, senior researcher at Nvidia and co-presenter at this week's conference, explained to ZDNet how GANs can play a role in forming a complete picture to better understand brain abnormalities: "Diversity is critical to success when training neural networks, but medical imaging data is usually imbalanced," he said, adding, "There are so many more normal cases than abnormal cases, when abnormal cases are what we care about, to try to detect and diagnose."

Nvidia researchers had also partnered with Qure.ai, a healthcare AI company, earlier in the year to use deep learning technology to make CT scans of the brain in detecting abnormalities. Ankit Modo, founding member of Qure.ai and AI scientist, “Training deep learning models, especially in healthcare, is only one part of building a successful AI product. Bringing it to healthcare practitioners is a formidable and interesting challenge in itself,” he shared.

The unlimited potential of GANs

GANs are relatively new, introduced to the scientific community in only 2014, thanks to the work of a team of AI scientists. They continue to be a strong advantage for generating images. A group of scientists, also from Nvidia, used cGANs (a conditional form) earlier this year to develop photorealistic images using high-level labels: the diverse images could be controlled and manipulated through the use of semantic label maps.

“We believe these contributions broaden the area of image synthesis and can be applied to many other related research fields, including medical imaging and biology," the team shared.

Given the diverse number of applications of GANs, and as a new generation of scientists dedicated to the work of improving techniques for training them continues to grow, we will continue to see surprising areas in which GANs will be used.

Details about the original study appear in a paper, titled "Medical Image Synthesis for Data Augmentation and Anonymization using Generative Adversarial Networks", which was submitted for final revision on September 13th in the Cornell University Library.