The “Easy-Bake” fossils were developed by mimicking the fossilization process using high heat and pressure.

Development of fossils takes a considerable amount of time. With considerable we mean millions of decades without any exaggeration. But according to the recent news, a group of researchers has now learned a technique of making proper fossils within a day.

Many must have heard of the process of Artificial Maturation, which is a technique employed to comprehend and utilize the process of fossilization in the correct way to create fossils. In this technique, high pressure and temperature are involved to produce fossils that would otherwise take thousands of years to form.

This process is quite similar to the process of High-Pressure High Temperature, using which scientists create synthetic diamonds. In the process of Artificial Maturation, an organic piece of element turns into a fossil.

It takes being buried in sediment with high amounts of pressure and geothermal heat to turn it into a fossil which sometimes even leaves behind carbon impressions.

However, as observed by Evan Saitta, Field Museum palaeobiologist, this process is not thoroughly consistent as when he tried turning feathers into a fossil, all he was left with was a stinky sludge. These inconsistencies clearly demonstrate that this process needs more work and further studies to attain perfection.

According to Saitta, "What we are coming to realize is that fossils aren't simply a result of how fast they rot, but rather the molecular composition of different tissues. However, it is inherently difficult to take the conceptual leap from understanding chemical stability to understanding how tissues and organs may, or may not, survive."

This was when Saitta planned to join forces with Tom Kaye, who is an expert from the Foundation of Scientific Advancement. The duo worked their way backward to find a way to improve simulations of the fossilization process using modern-day animal and plant specimens.

They compressed the samples like bird feathers, lizard limbs, and leaves into clay tablets about the size of a coin. These tablets were placed in a sealed metal tube which was then heated in an oven at 410 degrees Fahrenheit and 3500 psi of pressure.

After a period of about 24-hours, these tablets were pulled out. The fossils that resulted from this process were remarkably well-preserved and turned out to be great. Saitta shared his excitement stating, "We were absolutely thrilled. We kept arguing over who would get to split open the tablets to reveal the specimens. They looked like real fossils - there were dark films of skin and scales, the bones became brown. Even by eye, they looked right."

These fossils were then carefully scrutinized under microscopes which revealed that they didn’t contain any fatty tissues or proteins and also discovered the presence of melanosomes. These were excellent findings because real fossils that are made by themselves over time also possess these characteristics.

These findings and research could potentially prove to be an invaluable asset to researchers and can eventually help scientists ascertain the mystery behind the evolution of animals.

Saitta also shared the potential of this research by saying, "The approach we use to simulate fossilization saves us from having to run a seventy-million-year-long experiment. Our experimental method is like a cheat sheet. If we use this to find out what kinds of biomolecules can withstand the pressure and heat of fossilization, then we know what to look for in real fossils." 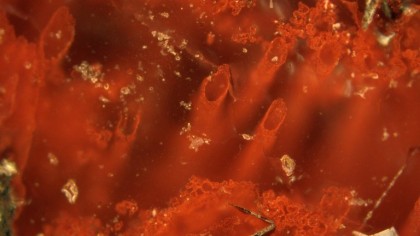 While the researchers agree that their team isn’t the first to mimic the fossilization process in a lab.

Saitta notes that “we’re the first ones to get it pretty darn close.” This is essentially possible due to the newly developed methods devised by the researchers.

The team is excited about the findings and the possibilities that their new method could unlock. “With the ideas we have now, we could do ten years’ worth of research,” said Saitta. “We’re beginning to get into a gold rush—there are lots of claims of fossilized biomolecules. We’re always looking for them and trying to find out what they’ll tell us about life in the past.”

Via: University of Bristol