Apple filed a new patent this week that reveals their development of gloves that sense applied force, creating new opportunities for gesture control systems, something us old-timers have been waiting for since the days of The Wizard.

While gesture controls aren’t new, they’ve largely been limited to the touchpad of laptops or displays. What makes Apple’s patent different is its potential to move us away from the stylus, mouse, or other standard input devices in the future.

The patent for “Fabric-based devices with force sensing” show how the fabric in gloves can incorporate circuitry that registers different levels of force. This is very close to what Tom Cruise's character used in the popular sci-fi film "Minority Report".

This potentially allows the gloves to control devices depending on the amount of force applied. Different commands could even be issued at different levels of force, so that a light touch issues one command, while a heavy touch issues another.

While the glove is the main focus of the patent—which makes sense, since this is how humans have always interacted with the world—, the technology is easily adaptable to any item that uses fabric in its design.

A moments thought reveals how many applications this technology has, from sports and entertainment to health and fitness. Paintball wouldn’t need paint to register a hit, clothing would be able to register the vital signs of the wearer, the list goes on.

In its patent, Apple suggests that the force sensing circuitry “include force sensor elements formed from electrodes on a compressible substrate such as an elastomeric polymer substrate.” 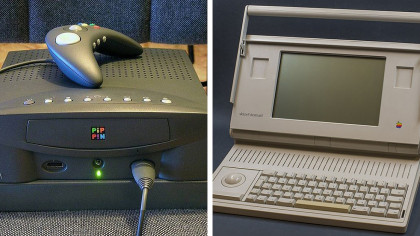 Further, the patent indicates that force sensing circuitry should use conductive strands woven directly into the fabric itself, with stiffeners overlapping the sensors also a possibility, which opens the door for control of objects in VR/AR/MR spaces.

Apple also indicates that integrated circuits can be attached to sensors using an adhesive, allowing for much more complex systems to be created using these materials.

“If desired, the wireless communications circuitry may be based on infrared transmitters such as infrared light-emitting diodes or lasers for transmitting infrared commands to electronic equipment.”

When Can We Expect To See These New Gloves?

It isn’t unusual for large companies like Apple to file patents for inventions that never see the light of day and there’s nothing stopping Apple from burying this technology in a filing cabinet until the patent expires if it can't find a profitable way to use it. But that is unlikely.

Given the endless possibilities such technology might have, we should expect this one to remain off the market for long.

Apple has been steadily moving into the health care space and has been finding all sorts of innovative ways to interact with its products, both of which would benefit greatly from this kind of technology.

Until Apple makes an announcement, however, it’s anyone’s guess. The best one can do is keep an eye on Apple’s patent filings and keep up to date on the news to learn what Apple has in store for their force-sensing, gesture control gloves, and the underlying technology.