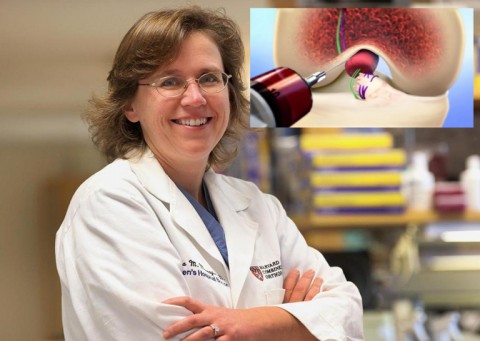 According to the New York Times, a new ground-breaking, experimental method has been created by Dr. Martha Murray and her team at Boston Children’s Hospital to heal the anterior cruciate ligaments, or, ACL. These ligaments run diagonally through the knee, provide motion support and are especially prone to being damaged. Each year 200,000 people injure these ligaments and over 100,000 surgeries are performed to repair them. The only method used thus far is by reconstruction of the ligament using a graft from the patella or hamstring. One of the downsides to this standard technique is the knee becomes highly susceptible to arthritis in the future. If a young person undergoes graft ACL surgery, in fifteen years, their knee will most likely develop arthritis and they will have a bum knee. It's clear that an entirely new method for reconstructive ACL surgery is needed. 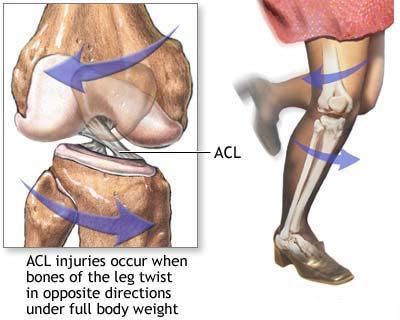 Dr. Murray was a graduate student in engineering when she first learned about ACL reconstructive surgery from a fellow student who had just torn his knee ligament. When she learned that his surgery would require a graft and drilled holes into his bones, she was deeply bothered and perplexed. She wondered why the ligaments couldn't be healed in a more organic, non-invasive way. She was so driven by this problem that she switched from engineering to medical school and continued her pioneering research.

Dr. Murray states, "We’re really trying to get people to stop thinking about cutting things out and replacing them with synthetics or metal or something else. And instead to think about how can we work with the body’s own biology to get tissues to heal."

This is the first time this new experimental technique has been used in humans. 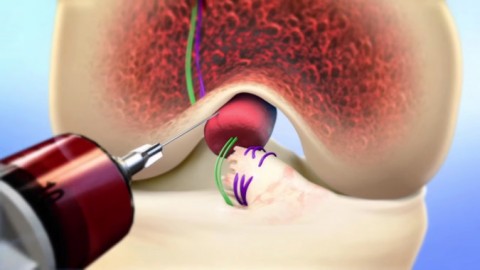 What Is This Experimental New Technique?

"In the ACL, the ends bleed when it gets injured, but the blood can’t solidify. It can’t clot between the two ends of the ligament because of the fluid in the knee joint. So, you end up having these two torn ends washing around in this liquid instead of getting reconnected by a solidified blood clot. Once we figured that out, we developed a scaffold, basically like a sponge, that you can use to hold the blood between the two torn ends of the ACL long enough for the cells around and the tissue around to grow into it and reunite. When we do the repair of the ACL and we sew it back together, we sew it with the sponge between the two ends. Then, we can put some of the patient’s own blood onto that sponge. The sponge soaks up that blood and holds the blood which has all the right biology to stimulate healing. The sponge gets replaced over six to eight weeks with healing tissues." -Boston Globe, Dr.Marthy Murray

In a preliminary study to assess this new experimental technique, Dr. Murray and her team performed 20 knee surgeries on two groups. The first 10 patients with torn ligaments received the standard graft knee surgery, while the other 10 received the new experimental technique, called bridge-enhanced ACL. It takes approximately six to eight weeks for the ligaments to properly heal.

No one in either group had ligaments that failed to connect. One of the patients who received the experimental technique has passed the one year mark and his knee is functioning well. The true test will be conducted in a long-term study that Dr. Murray is currently designing. Many of the standard graft type surgeries don't hold up well over time. Dr. Murray and her team hope that this new method will be longer-lasting and more stable than previous methods.