Have a Kidney Stone? Ride a Roller Coaster! 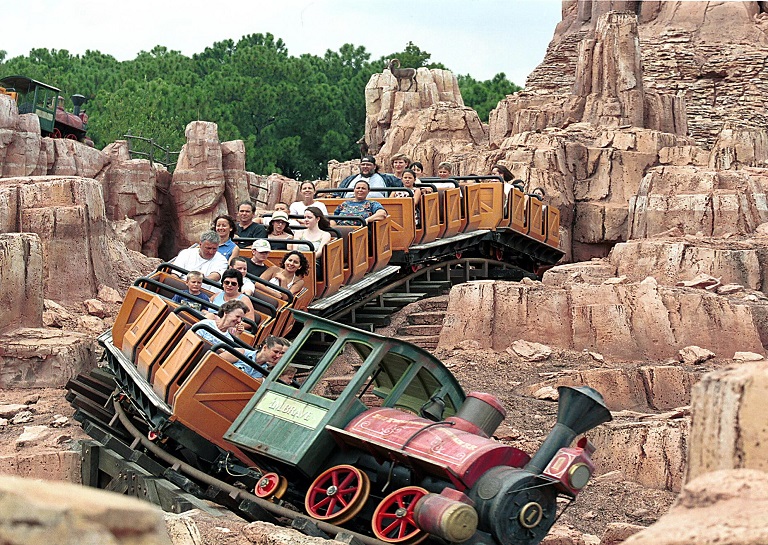 David Wartinger, a professor in the Department of Osteopathic Surgical Specialties, recently conducted a pilot study in which investigated a claim laid on to him by patients which seemed incredibly bizarre.

“Basically, I had patients telling me that after riding a particular roller coaster at Walt Disney World, they were able to pass their kidney stone," Wartinger said. "I even had one patient say he passed three different stones after riding multiple times.”

Naturally intrigued, Wartinger decided to conduct a study to examine whether the claims could be validated scientifically. To do so, three kidney stones up to a diameter of 4 millimeters were placed inside a hollowed 3D kidney model. The kidney was then placed within a backpack and the team went to Walt Disney World in Orlando, Fl. Preliminary results concluded patients claims.

“In the pilot study, sitting in the last car of the roller coaster showed about a 64 percent passage rate, while sitting in the first few cars only had a 16 percent success rate,” Wartinger explained.

MSU resident Mark Mitchell joined the study, riding the same roller coaster strapped with multiple kidney models inside backpacks. Different seating configurations were similarly investigated, revealing more successful results when the scientists sat in the back, approaching a 70% passage rate. More intriguing were the results of the stones which were  located within the upper kidney which approached a passage rate of 100%.

“In all, we used 174 kidney stones of varying shapes, sizes and weights to see if each model worked on the same ride and on two other roller coasters,” Wartinger said.

Wartinger concluded only certain rides provide the right conditions for the stones to be passed. Too many g-forces result in the stones sticking to the lining of the wall, hindering it from passing.

Other common methods of kidney stone removal include lithotripsy in which breaks apart kidney stones with a volume too large to be passed. Typically, the procedure is only used in cases where the stone exceeds 5 mm.

“The problem though is lithotripsy can leave remnants in the kidney which can result in another stone,” Wartinger said. “The best way to potentially eliminate this from happening is to try going on a roller coaster after a treatment when the remnants are still small.”

Additionally, Wartinger suggested that riding the roller coaster annually could help prevent a buildup of stones.

“You need to heed the warnings before going on a roller coaster,” he advised. “If you have a kidney stone, but are otherwise healthy and meet the requirements of the ride, patients should try it."

Wartinger also noted that park admission is cheaper than lithotripsy for removal. Lithotripsy costs range from $3,900 to over $10,000. A one-day ticket to Walt Disney World's Magic Kingdom is only $133 including tax for adults.

Craftsman Attaches Saws to His Bicycle, Rides it Over a Frozen Lake