A study conducted by the US military estimates that rising salt water levels are flushing out freshwater resources at a faster rate than ever expected.

For years, climatologists have warned of the impacts of rising sea levels on low-lying islands. A recent study conducted by the United States government reported that those islands could become "uninhabitable" considerably sooner than expected.

The research focused largely on the Marshall Islands in the equatorial Pacific Ocean, and it was published in the most recent issue of Science Advances. The US military originally conducted the study to examine the effects rising tides would have on missile defense systems, particularly the Ronald Reagan Ballistic Missile Defense Test Site which is found on the atoll island of Roi-Namur.

What they found was significantly more disturbing: The rising tides would leave the islands uninhabitable sooner than ever anticipated.

"This annual flooding will result in the islands becoming uninhabitable because of frequent damage to infrastructure and the inability of their freshwater aquifers to recover between overwash events," according to the study.

There is no word yet as to how the US Department of Defense will adjust or act on the results with regard to the projects and systems currently located along those islands.

"While no decisions have been made about Department of Defense activities on the islands based on the study, DOD continues to focus on ensuring its installations and infrastructure are resilient to a wide range of threats," Defense Department spokeswoman Heather Babb said in a statement.

"The department's understanding of rising sea levels will enable the military services and agencies in affected areas to make informed decisions on how to continue to execute their missions."

Climatologists often link rising sea levels to rapidly rising global temperatures. Currently, the planet is already 1 degree Celsius warmer (nearly 2 degrees Fahrenheit warmer) than in previous years. The international agreements made in Paris regarding climate change would attempt to hold temps to a 1.5 C increase and nothing higher.

“The tipping point when potable groundwater on the majority of atoll islands will be unavailable is projected to be reached no later than the middle of the 21st century,” said Curt Storlazzi, United States Geological Survey geologist and lead author of the new report.

The administration of President Donald Trump famously removed themselves from the Paris Agreements. However, government climatologists will continue to track the rising sea levels.

“Such information is key to assess multiple hazards and prioritize efforts to reduce risk and increase the resiliency of atoll islands' communities around the globe,” Storlazzi said.

The study's authors noted that the biggest source of freshwater can no longer replenish the island's freshwater before the following year's storms. Overwash often allows for the salt water to contaminate the islands' freshwater aquifers. 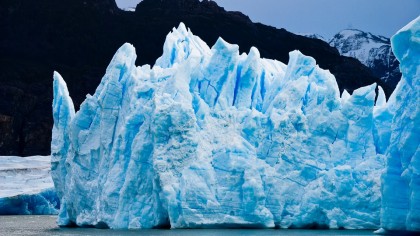 “Rainfall later in the year is not enough to flush out the saltwater and refresh the island’s water supply before the next year’s storms arrive repeating the overwash events,” said Stephen Gingerich, co-author of the report and USGS hydrologist.

"It is more of a nuisance than anything, but things like that are coming every other month or so," she said. "It makes people feel insecure in their own homes."

Heine said the United States' government would have to do more than simply study the area.

"The leaders of the United States need to get on board . . . We should stop denying what is happening and help vulnerable countries like ours," Heine said.

"It's important for people in the US to realize that this is real, it's happening to people. We are not the ones creating this, but we are the ones who have to live with it."

Can Floating Cities Save Us From Rising Sea Levels?