Rising Sea Levels May Actually be Beneficial for Coral Reefs

Climate Change and rising sea levels threaten many coastal cities and developments, but the warming temperatures may not be all bad. Coral reefs have been dying all across the globe due to heat stress. This is partially due to the lack of seawater covering the coral reefs, in turn, heating them up from what sunlight does get to them. Rising sea levels would put more of a buffer of water above each reef, potentially cooling them off and helping each reach to thrive once again, according to Science Alert. 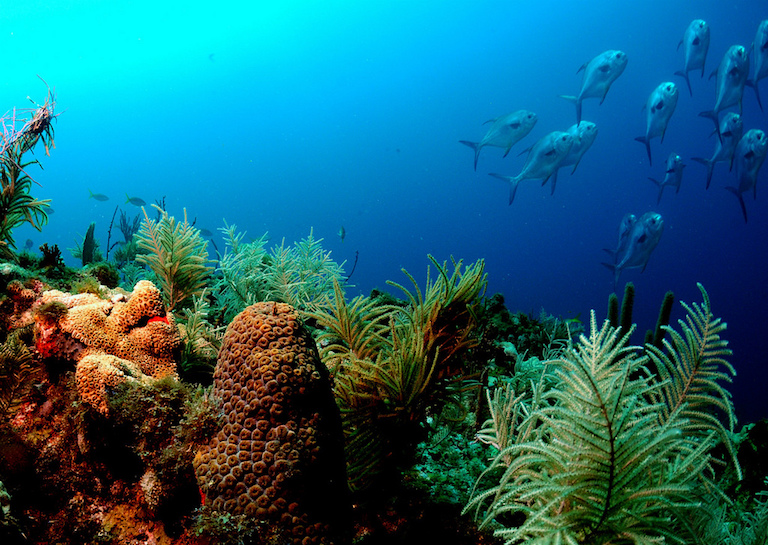 Researchers from the University of Western Australia have studied coral reefs off Australia's coast using computer models and sea level prediction algorithms. Using an estimate of sea level rise of about 1.5 meters, the team was able to model and analyze what effect this would have on local coral reef ecosystems.  Extreme temperatures surrounding coral is not good, and given how fragile coral reefs are already, steady temperate environments are key to their survival.

“These temperatures are particularly extreme in regions when the tidal range is large when compared to the water depth over a reef, which can cause shallow water to ‘pond’ within reefs for extended periods of time each day. So even a modest rise in sea level could help lower the water temperature of the reef and may also partially reduce reef heat extremes in the world’s warming oceans.” ~ Professor Ryan Lowe

Currently, temperatures around reefs are drastically changing each tidal cycle, which causes the stability of each reef to dwindle. These massive temperature changes are due to major differences in water level in high and low tides in the area. Ironically, these extreme temperatures are caused by global warming, but if global warming were to raise sea levels, the problem may actually be reduced and balance restored. Think of it as finding the sweet spot in the effect of global warming on the environment.