Functional wireless charging is about to get a whole lot bigger than just powering a cell phone. The government of Israel is partnering with electric tech company ElectRoad. Together, they developed technology that allows for the large-scale use of entirely electric buses. That technology just succeeded in primary testing.

Those successful tests just earned ElectRoad a $120,000 investment from Israel's Ministry of Transport and Road safety. The roads will pop up first as an 11-mile shuttle system between Eilat and the Ramon International Airport. Shay Soffer, chief scientist at the Ministry of Transport said it's a big stage for the technology.

“Tel Aviv is the biggest city [in Israel], like New York on a small scale. If it will work in Tel Aviv, it will work anywhere,” Soffer says.“I think in 10 years you’ll see a lot of solutions like ElectRoad in our transportation.”

How the system for wireless roads works

The system runs via electromagnets with inverters running the sides of the road. Those inverters sent power to copper plates embedded throughout the street. Those plates respond to similar plates under the electric buses. The fields interact and boom, power. 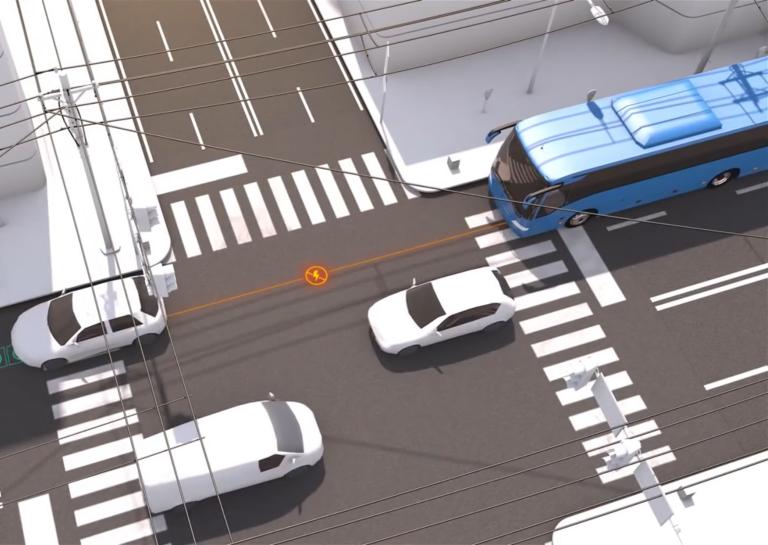 Wireless roads like ElectRoad's would help ease the transition into normalizing electric vehicles. Electric car batteries are still decently pricey, even with the latest technology being developed. As these batteries become cheaper, the need for wireless charging roads might decrease. However, unless a massive breakthrough comes in the next decade, the roads will serve as a helpful way for electric car owners to stay energized.

That's not to say this project isn't without its issues. The first major issue is adapting current infrastructure to fit this technology. Does it hold up to the company's promise that it can sustain one kilometer of road with multiple cars for one evening with ease?

The second issue remains up for debate. Some engineers claim the wireless charging roads don't do enough to justify the cost. This is due to the battery innovations mentioned above.

Don't discount it just yet. Oren Ezer, CEO and co-founder of ElectRoad, hinted at another benefit of the road. It could be used with a dual function -- both charging cars and putting energy back into the system via a car's braking friction. While that technology isn't found anywhere on the Israel plan, it would definitely be an insanely cool addition to the project.

Israel isn't the only country looking into wireless charging roads. Several automakers and major tech giants want in on the technology as well. BMW recently noted it would add inductive charging to its 2018 530e. Two parallel coils generate the magnetic output for the BMW charger. The company said it's up to 3.2 kW on charge, giving drivers a full battery in just over 3 hours. The car's iDrive system places the car directly over the charging unit. Despite being an inventive step forward, BMW's charger doesn't work while the car is moving.

The biggest benefit for this technology is reducing emissions from one of transportation's gas guzzlers. While mass transit certainly outputs less than millions of cars on the road, buses still make up a decent percentage of transport emissions.