Robert Wadlow, "the world's tallest man" was a true giant of a man. Born as a normal sized-baby, he would grow to become a celebrity.

Robert Wadlow was born a perfectly normal baby in 1918. His parents and family had no idea of how incredible and unique their son would become.

Today he is still fondly remembered by local residents in his hometown of Alton, Illinois and is still the holder of various world records. He was best known for being the 'tallest man in the world' and, as far as we know, he is the 'tallest man ever'.

In the following article, we'll take a quick look at the life and times of this incredible human being and explore just why he grew to such an enormous size.

How does gigantism affect the human body?

Gigantism is an umbrella term for a number of disorders that result in abnormal or excessive growth in stature of an individual. It is diagnosed when an individual's growth far exceeds the expected average based on their heredity and other environmental conditions.

This is usually because of a malfunction of the body's endocrine system, most especially their pituitary gland.

Androgen Deficiency Disorder (Gigantism)  - the delay in closure of bone end plates (epiphyseal) for the long bones in the body. This process normally occurs when the individual reaches maturity and is characterized by a normally functional pituitary gland.

This form is more prevalent in men than women.

Pituitary gigantism (and Acromegaly) - This tends to be caused by a malfunction or tumor of the pituitary gland leading to hypersecretion of the growth hormone somatotropin during adolescence and childhood prior to bone endplate closure.

This form of gigantism tends to result in a normally proportioned, but gigantic, adult human and is characterized by a continuous, gradual and consistent growth of the individual. This form of growth can be stopped with irradiation of the pituitary gland but is not reversible.

This type of gigantism is often found to be concurrent with another disorder called Acromegaly. There is a subtle but important distinction between the two.

When was Robert Wadlow diagnosed with gigantism?

Robert Wadlow was born on the 22nd of February, 1918 at 8 pounds and six ounces (about 4 kg). Medical doctors became suspicious of his growth when, at 6 months old, he weighed an unusual 30 pounds (13 kg).

Robert Wadlow's height and weight continued to increase at a relatively rapid pace until his family was first informed about his over-active pituitary gland in 1929, just before his 12th birthday.

Despite his abnormal size, Robert lived a happy and relatively normal childhood. He was a member of the Boy Scouts and even joined the Order of DeMolay which was a youth group affiliated with the local Masonic Lodge.

He also took up a part-time job in an ice cream shop.

Due to his immense height for his age, he earned himself the nickname the "Dropper" whenever he played basketball. We are confident you can work out why.

His teammates loved it as all they needed to do to easily score was to just pass him the ball.

This needed to be tall enough so that he had enough room to fit his knees under the desk and sit as comfortably as practically possible.

When Robert was old enough to learn to drive his father also went the extra mile to help his gigantic son. It was necessary to remove the front seat of the car so Robert could more easily drive a car.

“They made some way to make his life comfortable, and to make him feel normal,” said Brian Combs, president of the Alton Museum of History and Art.

Robert's US tour with the Ringling Bros. Circus

Robert Wadlow graduated from Alton High School in 1936 and then enrolled at the nearby Shurtleff College. Here, he had ambitions of studying pre-law but dropped out after just one year.

At this point, the 'cat was out of the box' and the secret of the 'Alton Giant' had become more widely known by the general public. On hearing about the tallest man ever recorded the Ringling Brothers Barnum and Bailey Circus decided to approach and recruit him to join them on a national tour.

Understandably both Robert and his parents were hesitant as they feared their beloved son would be portrayed as a freak. However, the bite of the Great Depression was still making money tight for him and his family.

Robert wanted to help his parents anyway he could and decided to take the potentially lucrative opportunity with the circus. The tour was a great success and other savvy businesses began to offer him promotional tours for their products.

One such company was the International Shoe Company who sponsored a nationwide tour for Robert. They supplied him with size 37 and a half shoes for free thereafter and his fame soon began to grow.

Thousands would often gather to see the 'world's tallest man' whenever he and his father drove into town.

Robert Wadlow's mild and humble nature often meant he was very gracious about his constant attention from the public. Despite this, he was always relieved to return home to Alton.

Dan Brannan (the author of "Boy Giant") recalls that “He would get burned out sometimes when he was out on the road for so long."

"He loved Alton. People treated him differently here — he was just one of the folks that lived here.”

How tall was Robert Wadlow?

But his height was not the only thing 'gigantic' about him. Robert Wadlow's hand's size was also impressive indeed.

Robert is still listed as having the largest hands ever recorded at a whopping 32.3 cm from wrist to the tip of his middle finger. His fingers were also huge and he wore a size 25 ring.

Robert's arm span was 2.88 meters and he consumed around 8000 calories a day at his peak. That's more than three times the recommended daily intake for your average adult male.

By the age of nine, Robert was able to carry his father, Harold F. Wadlow who was 1.8 meters tall and 77 kg in weight at the time. His father would later become the mayor of Alton.

The following table and graph have been created using data from the Alton Museum of History and Art on Robert Wadlow's growth records. We've entered the data into MS Excel to generate the table and graph for your delectation.

You might have spotted that Robert's weight actually dropped between 1939 and 1940. This is because of a complication that resulted from blistering of his enormous feet when he was 22.

How did Robert Wadlow die?

Robert Wadlow enjoyed very good health for most of his young life. His condition did, however, result in his extra large feet giving him constant aggravation.

For most of his adult life, he had little or no sensation in his feet, this resulted in Robert suffering from many blisters from chaffing. In his later years, he also needed to rely more and more on leg braces and a walking cane.

Whilst visiting Manistee in Michigan in 1940, a faulty brace rubbed against his ankle and caused a nasty blister. This soon became infected and he became very ill.

Soon after, on the 4th of July, he was taken to hospital but was later moved to a hotel bed as no beds were large enough on the wards.

He later received an emergency blood transfusion but this failed to stop the disease. The infection persisted and his temperature continued to rise uncontrollably. On the 15th of July, 1940 at around 1:30 am Robert passed away peacefully as he slept.

His last words were reportedly, 'The doctor says I won't get home for the....celebrations". This was made in reference to his paternal grandparents' golden wedding.

Following his death, Robert's family destroyed most of his possessions. They made this decision to prevent his clothes and other personal belongings from being displayed as some form of "freak" memorabilia by collectors.

Some were donated to local museums, however, like his shoes.

After his untimely death, his body was returned to his hometown of Alton to be interred. A specially made casket was built that weighed, on its own, a 454 kg (1,000 lbs).

It was so heavy it required a dozen pallbearers to lift and carry with the assistance of another 8 men. He was buried at Upper Alton Cemetery, Alton in Illinois.

In an amazing sign of respect for their most famous resident, all city businesses also closed down for the funeral.

40,000 of the city's residents also signed the guest register.

His gravestone has a simple, yet poignant message, "At Rest". Robert's life and death are held in high regard in Alton's history and he is still remembered by many as "a quiet young man who overcame a unique handicap, and who was an inspiration to all of those that knew him."

Who is the tallest person alive today?

The tallest man alive today, according to the Guinness Book of World Records, is the one and only Sultan Kosen. He measures in at an amazing 251 cm tall and was recorded at this height in February 2011.

Sultan currently lives in Ankara, Turkey and was, at the time of his official record, a part-time farmer. He was born in December 1982 and was the first man to grow over 2.43 meters in over 20 years.

According to Guinness Book of World Records, there have only ever been 10 confirmed cases of humans growing to, and in excess of, this height in history. 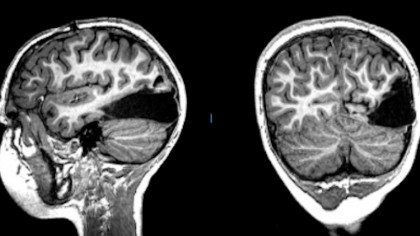 Like Robert Wadlow, Sultan Kosen suffers from pituitary gigantism but his growth spurt didn't start until he was 10 years old. His growth was halted, finally, in 2010 when he underwent revolutionary gamma-knife surgery for the tumor in his pituitary gland at the University of Virginia, USA.

In 1984, a committee of local citizens was organized to immortalize Robert Wadlow. A decision was taken to forge and raise a life-size bronze statue that was completed in 1985.

It was erected and can still be visited today on the campus of the Southern Illinois University of Dental Medicine.

13 Skyscrapers That Are Totally an Engineering Wonder